Jails, Institutions, and Death: Did 12-Step Programs Get it Wrong? 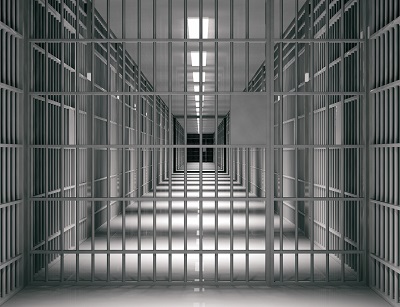 Bromides abound in traditional recovery circles, arguably none more common than the folklore fantasy that substance use invariably leads to jails, institutions, and death.   If threats, shaming, and fear mongering worked then the United States would be justifiably priggish in its approach to treating addiction.  Instead, after nearly a century of tyrannical abstinence fervor and frenetic consciousness oppression the United States remains the undisputed world champion of drug use.  It is inarguable fact that most people try drugs (86% try alcohol), and most who try drugs do not end up incarcerated, institutionalized, or dead from drug use.  When it comes to drug use inevitably resulting in jails, institutions, and death, did the 12-step program get it wrong?  The answer is a resounding yes.

The Ominous Warning of Jails, Institutions, and Death, Suggests Flaws in the American Social Structure

The 12-step cliché about jails, institutions, and death implies that such outcomes are not only inevitable, but natural for anyone choosing to ingest substances. Imprisonment and institutionalization for possessing a chemical that can alter consciousness reflects a serious problem with the society that would commit such atrocities on its people, not a problem with the people.  There is nothing natural about locking a human in a cage for sniffing powder or inhaling smoke.

Blaming an outcome of jail on a person ingesting substances is a fundamental misappropriation of fault.  Jail as a result of substance use is the fault of unjust laws.  Some of the wisest minds in human history argue that we have a moral obligation to disobey unjust laws.  In the words of Thomas Aquinas, “An unjust law is not law at all.”  Martin Luther King Jr. said, “Any law that degrades human personality is unjust.”  Criminalizing personal exploration of consciousness is about as degrading to the human personality as it gets.

It is true that many Americans (nearly half a million) are incarcerated for non-violent drug offenses.  But, far more than ½ a million Americans use drugs.  Try to find someone who doesn’t drink caffeine, doesn’t drink alcohol, doesn’t take a prescription drug, doesn’t smoke weed, doesn’t vape nicotine, someone who truly never ingests any chemical to alter consciousness in any way.  For the jails, institutions, and death banality to be true it needs to be rephrased.  An accurate rephrasing might sound something like:   Most people use drugs and have some good and bad times but never get in any kind of trouble. However, there are the rare exceptions where, in large part due to unjust laws, people who alter their consciousness with chemicals find themselves locked in cages, institutionalized, and even dead.

If you’re ready for an alternative to traditional 12-step models, give us a call. We can help.