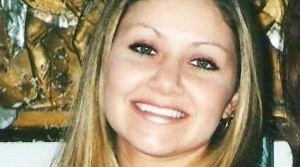 For many people, recovery can be a vulnerable time. It often involves building up a new support network while dealing with a lot of challenging issues and feelings. A recent news story highlights just how vulnerable people in early recovery can be, and the potential dangers that they face even in places that are supposed to be safe.

Karla Mendez Brada was a young woman in treatment for substance abuse. As part of that treatment, she attended Alcoholics Anonymous (AA) and Narcotics Anonymous (NA) meetings which are meant to provide support and “fellowship.” At those meetings, she met a man who quickly became her fiancé. Although AA typically advises against getting involved in romantic relationships in early recovery, it does happen; and not all of these relationships are healthy. The term “13th stepping” is used to describe unwanted sexual advances that members of AA/NA, especially women, can face. People in early recovery are often lonely, and their relationships with family and loved ones have suffered as a result of their addictive behaviors. It makes sense, then, that forming bonds at meetings would be appealing, providing a sense of security, companionship, and belongingness. Unfortunately, not everybody at these meetings is safe. Predators intentionally seek out vulnerable people, and some of them see self-help meetings as an ideal stomping ground.

Karla Mendez Brada was one of these vulnerable people. Her family described her as caring. When she met Eric Earle, she saw him as somebody who was, like her, trying to get sober and needed some help. When Eric needed a place to live, Karla took him in. Within a few months of knowing each other, they were engaged. Karla’s family believes that she was just happy to have a partner, and they think that Eric saw Karla’s vulnerability and used it to his advantage. Soon, Eric allegedly became physically abusive to Karla. This abuse escalated and just a few days before her 32nd birthday, Karla was beaten and suffocated to death. Her family was shocked to learn that Eric had a lengthy criminal history that included previous incidents of domestic violence. The case went to trial and Eric was found guilty of Karla’s murder.

While Karla’s family is relieved that Eric will serve time in prison, they believe that AA is also responsible for Karla’s death and they have decided to file suit against the organization. According to the Mendez family, the exploitation of vulnerable victims is a known problem in AA, and the organization should be responsible for dealing with it. They are also holding AA partly at fault for not informing members that violent criminals can be present at meetings.

On the other hand, AA believes that its members need anonymity. That is a big draw of the program, as members feel that they can share their struggles in a safe place. According to the policies of the organization, members are free to share as much or as little about themselves as they feel comfortable. Having to report a legal history could be stigmatizing and at odds with AA’s attempt to offer a place of acceptance. Additionally, the national leadership board of AA has stated that it is not responsible for the actions of its members and will not have a role in setting any behavioral guidelines. AA does not have a traditional hierarchy, and all individual groups are responsible for handling their own safety issues.

At this point, AA has not yet responded to the lawsuit. But regardless of whether the organization is found liable, this story serves as a reminder that people in early recovery need to be careful. Support is an important part of recovery, but some people may not have good intentions. Healthy boundaries are crucial in order to protect oneself.

What do you think? Should AA be held liable for Karla’s death? Are self-help groups responsible for the actions of their members? How can people benefit from support groups while still protecting themselves?

Visit our Facebook page and let us know what you think!

Do you know someone struggling with domestic violence and substance misuse? The Restoration Inn can help.

Our hearts go out to Karla’s family. Please visit the Facebook page created in Karla’s honor, and show her family your support.