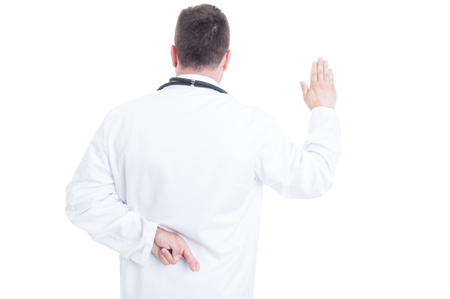 A former client recently sent me a list of reasons for admittance to a psychiatric hospital between the years of 1864-1889.  The list was being shared on the internet as a joke, highlighting how many mental health diagnoses back then now sound like potential names for heavy metal bands.  I laughed.  Then I found myself thinking about the implications the list of old diagnoses has on today’s formal diagnoses.

A Look at the History of the Mental Health Diagnosis

These days, mental health professionals are very serious about their diagnostic labels, which makes sense because getting paid by insurance companies hinges on labeling individuals with billable diagnoses.  However, those receiving the diagnostic labels are often deeply impacted to the point of taking on the label as part of their identity.  I hear people say all the time, “I’m bipolar…  I’m an addict…  I’m depressed…  I’m anxious” and nobody blinks an eye.  People would blink an eye, however, if someone were to call themselves one of the diagnoses from the 1800s.  Can you imagine not taking note of someone saying, “I’m an immoral life,” or “I’m venereal excesses?”

It is quite possible that in the year, say 2150, the idea of bipolar will seem as ridiculous a cause for psychiatric hospitalization as suppression of menses does now.   Sadly, the history of official diagnostic labels is not only riddled with ample ammo for joke punch lines, there is also a rich history of ostracizing and pathologizing healthy people that stains the legacy of the health care professions.

The “bible” of diagnosing, the diagnostic and statistical manual for mental disorders (DSM) is published by the American Psychiatric Association (APA) and is currently in its 5th edition.  The 5th edition contains all the latest, proper diagnostic labels that help psychologists and psychiatrists fit individuals neatly into little boxes of problems that pay the bills.  However, looking back through the earlier iterations one can find far too many examples of the APA making sickness out of health (e.g. the APA classified homosexuality as a mental disorder until 1973).

The APA published the DSM-III in 1980 and at the time it was heralded as revolutionary.  Indeed psychiatry was transformed by the diagnostic manual’s third installment, as it included 265 diagnostic categories and 494 pages.  The chairman of the DSM-III task force, Robert Spitzer, later criticized his own work saying it led to the medicalization of 20-30 percent of the population who may not have had any serious mental problems.  The age of mental illness was upon us and mental health professionals were ready to capitalize.

Criticism of the DSM continues to plague its legitimacy today.  The DSM currently generates of $5 million a year in revenue for the APA.  Given that it costs an average of $1 billion dollars to research, develop, and launch a new medication, it is crucial for the drug conglomerates investing in new medications that there are enough mental health diagnoses out there to medicate.

Many of the causes for psychiatric admission in the 1800s are still around, they’ve just received updated terminology to suit the times – hysteria is somatic symptom disorder, egotism is narcissism, feebleness of intellect is intellectual disability, desertion by husband is adjustment disorder, etc.  Greediness is still greediness, but now it’s heralded by many as the essence of the evolutionary spirit that marks the upward surge of humankind rather than a cause for psychiatric hospitalization.

It is important to recognize how the inevitable shift of cultural perception will continue to propel the ongoing generation of diagnostic labels.  Mental health diagnoses may be the fuel that fires insurance reimbursement, but the transient nature of diagnostic labels renders them impotent in the cultivation of a true sense of personal identity.  If you have received a mental health diagnosis please remind yourself that the diagnosis will probably be called something else in 50 years or less, and that the person who made the diagnosis can’t possibly know your essence after sitting with you for 15 minutes or even 15 hours.