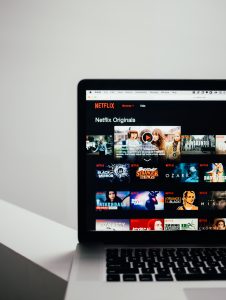 In September 2021, Netflix released a seven-episode miniseries that mentions Rational Recovery (RR) as an alternative to Alcoholics Anonymous (AA) in episode II (starting in minute 46). Ironically, the mention of RR occurs in a very small (two-person) AA meeting. The pro-RR speaker is required to attend AA as part of parole, but he objects to AA’s powerlessness and God-centered approach. He prefers RR’s addictive voice recognition technique and the idea that he could take charge of his own behavior. In that AA meeting, he takes an extended moment to explain RR concepts and what he likes about them.

The plot of this miniseries provides a highly believable backdrop for this RR/AA moment. The character on parole, Riley, has just been released from a four-year prison sentence. His DUI head-on collision killed a young female driver (her dead body appears multiple times to him as a flashback). Episode I begins with flashbacks to the DUI and his time in prison, but the story begins with Riley post-prison. He later reports that while in prison he studied the world’s great religions, and finally decided he was an atheist. The AA meeting follows shortly after that report. (Note that it is illegal for a court to specifically order AA attendance, because that order would violate the First Amendment right to freedom of religion, but it is acceptable for AA attendance to meet the requirement of mutual help attendance).

However, in this miniseries addiction is only a sub-plot. Midnight Mass is actually a supernatural horror film! It is set in a small fishing village on a small island (population 127, maybe). In addition to focusing on how Riley might get his life back together (he has returned to live with his parents), we see island life in the aftermath of an oil spill that has severely damaged the fishing catch. Also prominently presented are the local Catholic Church and an unusual priest. Fortunately, you can watch Midnight Mass through the RR presentation and not get too much horror. If there are further mentions of RR or other alternatives later, I don’t know, because I stopped after episode II! The rating is TV-MA, for language, violence, gore, and smoking, and Midnight Mass “may not be suitable for ages 17 and under.” If you don’t subscribe to Netflix there is a good summary on Wikipedia.

I hope to see even larger presentations and a more prominent presence for self-empowering approaches such as Rational Recovery in future entertainment.

If you or a loved one are interested in exploring a self-empowering approach to addiction recovery, our outpatient services might be a good fit. Contact us today – you don’t have to do this alone.