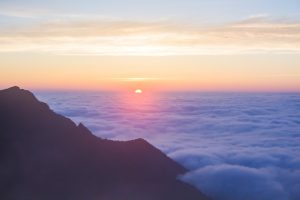 The ‘us & them,’ ‘normies and addicts’ mentality continues to lose its stronghold in addiction theory.  The more addictive behaviors are recognized as a manifestation of normal human learning rather than diseased character defects and spiritual maladies, the better.  New Year’s resolutions, and their reputation for failure that often precedes them, offer yet another opportunity to highlight the universality of addictive behaviors.  New Year’s resolutions often fail because of a phenomenon of all-or-nothing thinking frequently referred to in the world of addiction as the ‘abstinence violation effect,’ where a single breach of a vow to change is viewed as failure and justifies absconding from the entire change attempt.

Old habits die hard, new habits form slowly – this is where the abstinence violation effect comes into play.  Resolutions are difficult to maintain because they require the long-term engraining required of conditioned behavior.  Similar to the way a passionate conviction to never drink again burns with everlasting intensity whilst in the throws of a heinous hangover and then quickly dissipates into “maybe just one” a few weeks (or hours) later, New Year’s resolutions often succumb to the waves of conditioning beating relentlessly against the shores of change within a few weeks of their implementation.  If one wants to keep a New Year’s resolution, one must persist past the missteps and imperfections in the efforts to adhere to a new routine, just as one must do to successfully change a pattern of addictive behavior.

For anyone who has ever made a New Year’s resolution and not perfectly adhered to it, recalling the challenges of perfectly adhering to a New Year’s resolution is an excellent place to mine for understanding and empathy regarding the difficulty of changing addictive behavior patterns.  Addictive behavior patterns are conditioned like all habits, which is why the question “Why don’t they just stop” conveys a lack of understanding regarding the nature of not only addiction, but of all human behavior.

Moving into 2021, the more we continue to pursue an accurate understanding of addiction the better addiction treatment is likely to become.  Recognizing the universal nature of addictive problems in how they are formed and maintained, much like any other advanced human learning, will help reduce the misinformed perspective that so-called ‘addicts’ are fundamentally different than other humans.  Seeing people as humans rather than addicts is likely to profoundly improve quality of care.  Seeing the challenges of sticking to New Year’s resolutions mirrored in the challenges of sustaining change in addiction is but one of many opportunities to see our universal nature at play in human learning and behavior.