Why Do People Use Drugs? The Relationship Between Emotions and Addiction, pt. 4: Disgust

Why Do People Use Drugs?

The Relationship Between Emotions and Addiction, pt. 4: Disgust 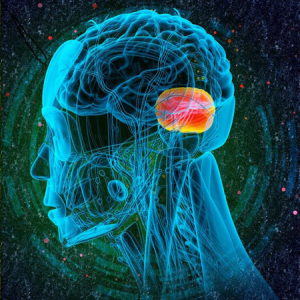 Missed pt. 3 of this series? Learn more about the link between sadness and addiction here.

In evolutionary terms, disgust evolved to protect an organism from noxious substances.  Disgust has been empirically demonstrated to activate dedicated neural circuitry centered around the basal ganglia that elicits specific facial expressions, a desire to distance oneself from the source of disgust, a physiological response of nausea, a fear of oral ingestion, and a feeling of revulsion.  Facial expressions of disgust can be observed in infants within two hours of birth, even when the infant is congenitally blind.

Beyond its unique and elaborate neural substrates, disgust is considered to be one of the most powerful methods of transmitting cultural and moral values.  For example, the Hindu caste system is partly based on the possibility of interpersonal contamination through contact with distinct social groups.  From disgust the complex and often destructive emotions of shame and guilt arise.

Emotions like shame and guilt are often culturally driven and found beneath the surface of problematic substance use, phobias, self-harming behaviors, obsessive-compulsive disorder (OCD), depression, eating disorders, and sexual disorders.  The disgust-based roots of OCD, eating disorders, and phobias have led researchers to suggest that those disorders may be misclassified as anxiety-based, and that they would be more accurately classified as disgust-based.

One of the world’s leading scientific researchers on the topic, Paul Rozin, asserts that anything that reminds us that we are animals elicits disgust.  Rozin and his colleagues point out that tears are the only bodily products that do not elicit disgust because tears are uniquely human.  It is interesting to consider the possibility that we as humans are fundamentally disgusted with our own primal nature and the potential consequences of such a paradoxical dichotomy engrained in our psyche.

While both guilt and shame arise from disgust, it is especially important in the realm of substance use to distinguish between the two.  Brené Brown simply but eloquently suggested that guilt means we made a mistake, shame means we are the mistake.  Indeed, guilt is considered to be disgust directed towards one’s actions and shame to be disgust directed towards oneself.  Guilt is an important motivator for change.  Viktor Frankl argued that it is only in the face of guilt that it makes sense to improve.   Studies show that guilt is associated with reparative action, whereas shame is associated with avoidance, and what we resist persists.

Unfortunately, a predominant approach in the “treatment” of substance use problems is to shame people into changing.  Collective “wisdom” suggests that when people overusing substances feel bad enough about themselves they will “shape up.”   Rather than inspiring reparative action however, shame inspires efforts to avoid, and substances are a superior method of temporarily avoiding uncomfortable feelings.  When people seek help they are vulnerable.  When vulnerability is met with criticism healing is suffocated, and that approach to “helping” is in itself utterly disgusting.

Click here to learn more about the relationship between addiction and sadness.

Or, learn more about the relationship between anger and addiction here.