Recovery-a-la-Frank Sinatra: I Did It My Way 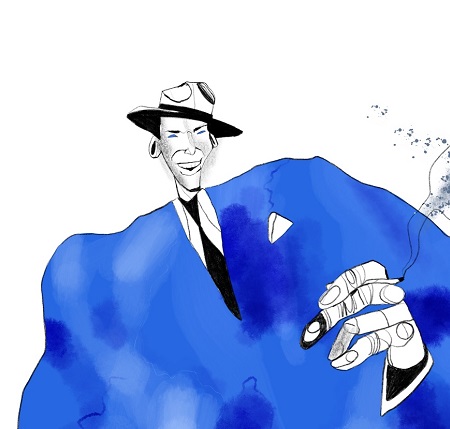 For more years than I care to remember, I hit my head against the 12-step wall. I was that “chronic relapser,” and the guy who picked up a white chip every few weeks or months. I began to believe that I was one of those “unfortunates” who was “constitutionally incapable of being honest with themselves” (perhaps the most grandiose, obnoxious and unhelpful words ever written in the English language). I even had a 12-step “fellow” once tell me, “You know Albert, I’m glad you come to these meetings. You’re such a good example of a bad example that you’re probably helping more newcomers than you realize.” OUCH!

To say that I resented and even hated AA, NA and all the other “A’s” would be an understatement. I should probably say that the “God thing” was not my problem, I have been a practicing Catholic my whole life and have prayed, twice a day, on my knees (as they so often reminded me at AA as if they had discovered sliced bread), since the age of six.

Then about seven years ago I discovered, through the suggestion of my psychiatrist, that there were other paths to recovery and that 12-step was not the only way. I attended my first SMART Recovery meeting and I suddenly understood what so many people say in AA, but which had always eluded me: I felt at home. I felt that I was with people like me. People who were on a journey, a difficult one at that, but who did not worship at the altar of “time” or “birthdays” or “anniversaries.” Instead, they were able to cross-talk without feeling attacked (what a novel idea), they were friendly, but not oppressively so, they wanted to stop hurting themselves and those they loved but they, for the most part, had tried 12-step programs and had found them unhelpful at best, and harmful at worst. They were my tribe.

Shortly after this, my psychiatrist and I decided that another stint in rehab would be useful for me, but not a 12-step rehab. He suggested Practical Recovery in San Diego, which at that time had a first-rate residential program, and I truly found there a completely new and non-hysterical way to look at my substance abuse problem. I learned some important lessons that put into context, and helped eliminate, the shame I had been feeling over not being “successful” at my recovery because in AA’s eyes I was a “failure.” At Practical Recovery I learned that AA helps about the same number of people recover as does any other program, or no program at all, (about 5-8 percent on their first attempt). I learned that on any one attempt to recover, most people fail; but that on any multiple attempts, most people succeed. (The important thing was to keep on trying, not necessarily “keep coming back” to what was not working). I learned that “harm reduction” is not a dirty word. That it may in fact be a life-saver for those who are not willing or able to stop right away, for whatever reason. I learned that addiction may or may not be a disease, but that it IS a behavior, and that we all have changed un-useful behaviors in the past and that with some practice and perseverance, we can change the addictive behavior that brought us to Practical Recovery. I also learned that in or out of AA, recovery will have its ups and downs, but that looking at relapse as failure was not helpful to me.

Fast forward a few years, and I enjoy, after a few more bumps in the road than I would have liked, a recovery that is good enough. It has not been perfect, but it has been acceptable to me and to most of those that love me. Most importantly, perhaps, is the fact that shame and guilt are no longer a part of my recovery process. I have mostly stopped using the substance that brought me to seek recovery in the first place. I drink moderately, as I always have because alcohol has never been a problem for me. When I drink, I drink mostly wine and only with a meal. I learned the hard way that a couple of drinks of “hard liquor” on an empty stomach did disinhibit me to the point where my substance of choice seemed like a “good idea.” Wine with food has never had that effect on me. Like so many things in recovery, trial and error is my friend, not my enemy.

A few months ago a 12-step friend (I do have some) invited me to an AA meeting that he thought I might enjoy. I hesitated because of the poor experience I had had in the past, but I went because I trust my friend, and I wondered if my resentments against the program had calmed down at all. Surprising even to me, I loved the meeting. The format suited me (topic, short lead by a speaker, and then everyone in attendance speaks for no more than one minute (HALLELUJAH) and then the meeting ends. I found the crowd to be for the most part non-judgmental and not preachy, and the short shares forced people to think about what they were saying rather than to prattle on endlessly. It occurred to me that being around people who share the same problem as I do might be helpful for me right now. At breakfast after the meeting with my friend and one of his AA friends I wondered aloud what it would be like to just go to meetings without getting involved in all the “counting days” drama, or the sponsor drama or the steps drama. The answer my friend’s friend gave me completely shifted the way I look at 12- step and has allowed me to happily and unashamedly attend meetings when and if they suit me. His comment? “Albert,” he said, “I hope you know you can ‘audit’ AA or any 12-step program. You don’t have to ‘get a grade.’ Show up because it’s interesting to you, not because it’s an obligation. Think of it like auditing a class in college: You can get the knowledge without worrying about getting an A.”

Making Recovery Groups Work for Me

That shift in optics made all the difference for me. There are aspects of AA that I like: Being around people with the same problem as me makes me feel less freakish, I enjoy the fellowship (with the right people) that is a characteristic of 12-step, and I occasionally hear something useful in people’s shares. “Auditing” also takes all the competition out of recovery (one of the things I hated about AA). When I share I choose to state my name and identify as an “alcoholic” or an “addict” depending on the meeting. If I don’t feel like sharing, I pass. I studiously avoid the “cool kids” who worship time and who brag about “working the steps.” I hang out with the people who I like and I avoid the ones I don’t (just like in real life)! And when the question arises, as it sometimes does, “Hey Albert, how much time have you got?” I look the questioner straight in the eye and say without snark or shame: “Today, just like everyone else in this program.”