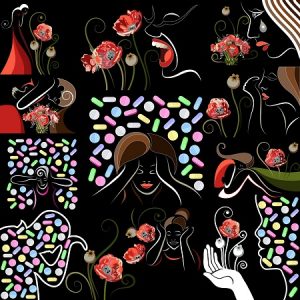 Accidental overdose deaths attributed to fentanyl continue to rise.  Recently in San Diego, people overdosed on cocaine cut with fentanyl. Because fentanyl is cheap and potent, there is more money to be made if popular products like cocaine and xanax are cut with it. The temptation for the cartel and other black market kingpins to cut product with ultra cheap, ultra potent fentanyl is too much to resist. With popular drugs increasingly cut with fentanyl, and the inevitability that people will seek out substances like cocaine and xanax, it would make sense that fentanyl test strips are easily accessible for people to test products before ingestion to prevent overdose deaths.  However, the Substance Abuse and Mental Health Services Administration (SAMHSA), recently put out an article advocating against fentanyl test strips, saying that stopping deaths creates a “false sense of accomplishment.”  A stance against fentanyl test strips from a leader in the field of substance use merits discussion.

SAMHSA’s article considers the value of fentanyl test strips primarily for people who ingest opioids, and argues that even with positive results for fentanyl people will still ingest substances to avoid opioid withdrawal. The people in San Diego who just overdosed on cocaine laced with fentanyl are an important example of the broad value of fentanyl test strips. For people who use cocaine or xanax but not opioids there would be no motivation to stave off opioid withdrawal. The ability to test products like cocaine and xanax for fentanyl would almost certainly result in a change in behavior if fentanyl is found hidden in a substance other than an opioid.

Fentanyl Test Strips: A Piece of the Puzzle

To tackle the opioid crisis a diversity of methods and approaches are needed to reach people in all stages of change.  People in the precontemplation stage of change are, by definition, not going to be interested in treatment, but they probably will be interested in not dying.  For people not considering change, fentanyl test strips may help keep them alive until they begin to contemplate change and prepare for action.

SAMHSA’s take on fentanyl test strips is a cautious one, and it is important to exercise caution when people’s lives are at stake. SAMHSA is home for a wealth of valuable information on substance use, but research to date leads me to assert a respectful disagreement with their stance against fentanyl strips. Saving lives and stopping deaths are not mutually exclusive. The reality of the opioid crisis is that some people don’t want help and aren’t ready to change.  When people aren’t interested in receiving help it is valuable to have measures in place that increase the likelihood of those people remaining alive until they are open to receiving treatment. After all, it is difficult to treat someone who is dead.