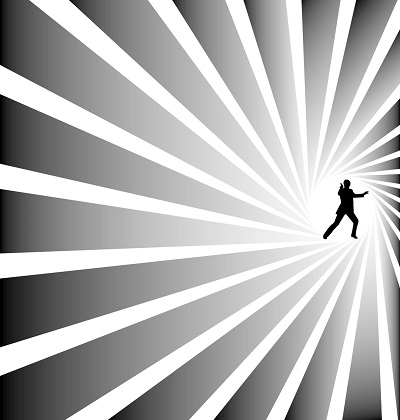 By now most are accustomed to so-called addiction experts purporting hair-brained ideas about substance use.  Examples of hair-brained ideas from addiction experts include but most certainly are not limited to: don’t give an alcoholic drugs, once an addict always an addict, addicts are constitutionally incapable of being honest with themselves, there’s only one way to recover…   and the list goes on ad nauseam.  This week addiction experts from down under pushed a click-bait claim, based on “scientific analysis” of all James Bond films, that the man with a golden gun’s alcohol intake is so severe that he might not die another day.  In the spirit of challenging the litany of misinformation about addiction, let us look closely at the claim from Aussie experts that 007 meets criteria for severe alcohol use disorder.

To analyze whether the drinking habits of the British Moonraker warrant clinical diagnosis, let us look at each diagnostic criteria scientists claim Bond meets, and whether or not the claims are justified.

Claim 3: James Bond repeatedly fails to fulfill major role obligations at work, home, or school because of his drinking.

Claim 6: James Bond needs to consume much more alcohol than he used to in order to achieve his desired effects, and/or, when James Bond drinks the same amount of alcohol that he used to it has a lot less effect than it used to.

It’s hard to tell if the authors of the article claiming that James Bond has a severe alcohol use disorder were entirely serious.  However, in an era characterized by misinformation about substance use it is important to challenge misinformation, whether it be in jest or not.  In this era of hyperbolic click-bate nonsense it is incumbent upon us to engage in the long lost art of critical thinking.  Just because James Bond drinks often, and at times in large amounts, does not mean he meets criteria for severe alcohol use disorder.

At worst, Bond meets three criteria for alcohol use disorder, putting his “problem” in the range of a mild alcohol use disorder (2-3 criteria).  However, what diagnosticians often neglect is the critical caveat to making any diagnosis, the issue must be causing clinically significant impairment or distress.  Bond seems to be doing pretty well for himself.  He encountered a problem at work related to his drinking and corrected it.  Otherwise, alcohol does not seem to be causing any clinically significant impairment or distress.  Thus, a strong case can be made that our favorite British Spy does not meet criteria for a diagnosis of any alcohol use disorder, and that his drinking rises only to the level of risky use.