Self-Care in Recovery: H.A.L.T. at the Crossroads

H.A.L.T. At The Crossroads 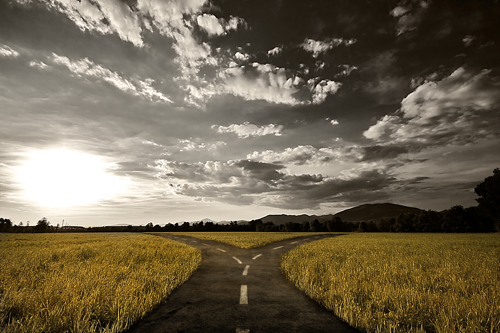 I recently received a request from a reader to examine H.A.L.T. in light of current research. H.A.L.T. is a commonly used acronym by 12-Step circles in discussions of triggers and relapse prevention, and it stands for hungry, angry, lonely, and tired. It is based largely on the content of four chapters from the Alcoholics Anonymous publication Living Sober. This article will explore each of the four topics referenced in the H.A.L.T. acronym with empirical and self-empowering inclusions.

The Living Sober book suggests that eating or drinking something, particularly something sweet, is an effective method of dampening the desire to drink. SMART Recovery would call the technique of eating ice cream in place of drinking a Moscow Mule a replacement behavior, which would fall under the category of Coping with Urges. Scientific research has made some important discoveries related to calories and self-control. Self-control is expensive and its currency is sugar. Our blood sugar drops significantly after difficult mental reasoning and tasks requiring self-control, a phenomenon termed ego depletion. In a state of ego depletion we are less motivated, more impulsive, prone to mistakes, and more likely to indulge temptations. A simple glass of lemonade in studies restored the level of available sugar in the brain and prevented ego depletion. Thus, monitoring hunger has some direct parallels to managing urges and avoiding recurrences of substance use.

Living Sober suggests that anger is a topic worthy of special attention from everyone who wants to overcome a problematic pattern of substance use. Hostility, resentment, contempt, sarcasm, rigidity, cynicism, envy, jealousy, and self-pity are some of the variants of anger listed in Living Sober, and all anger variants are deemed to be warning signs of a possible recurrence of substance use. According to research, anger occurs most often in response the actions of others. Specifically, we get angry most often when someone does something negligent or something unjust voluntarily, and especially when those unjustified and/or avoidable actions interfere with our plans and expectations. Perhaps this is why 12-Step circles often say that expectations are resentments under construction.

There is a common undertone of injustice in anger. As Seneca wisely espoused, while anger “is the foe of reason, it is nevertheless born only where reason dwells.” Injustice is rooted in experiences of wrongdoing, slight, and violation, all reasonable causes for an angry response. Aristotle called the right response to anger a virtue and emphasized the value of being angry in the right way. Thus, it can be useful in defining healthy outlets for anger to consider how one has been hurt and/or treated unjustly, and what action might be taken to correct the injustice. Chronic anger suppression as well as anger blow-outs are both significant risk factors for cardiovascular disease. Often, passionate expressions of built-up anger occur under the influence of substances. Managing and expressing anger in a healthy way results in less desire to use substances as a means of emotional regulation and helps improve relationships.

Relationships tie directly to H.A.L.T.’s inclusion of loneliness. There are arguably no more important studies in the realm of substance use than the work of Bruce K. Alexander, Ph.D. and his Rat Park studies. Much of what is understood about addiction comes from studies of rats alone in cages. Most rats alone in a cage will choose cocaine or heroin-laced water over regular water and use the laced water until it kills them. Dr. Alexander recognized that being alone in a cage was an environment that did not transfer well to an average human’s daily life, so he built lush cages where rats would have things to do (purpose) and other rats to interact with (connection). Amazingly, even rats that had been isolated in cages with cocaine-water for 57 days soon stopped using on their own after being placed in the rat park even though they still had access to cocaine-water.

Humans today live in a time described as the age of loneliness. Where human connection is absent substances often fill the void. We bond to what is present and available because presence and availability make us feel wanted, loved, and worthy. Dr. Alexander’s work has contributed to a fundamental re-aligning of the understanding of addiction – the opposite of addiction is not sobriety, it is connection. Thus, loneliness, isolation, and disconnection are imperative patterns to break in the fight to change a pattern of problematic substance use.

Being tired is the final part of the H.A.L.T. acronym. It is now well-established in research that self-control and concentration require significant amounts of mental energy. After demanding cognitive tasks we are more likely to yield to temptation. After a long day of work our self-control is in a weakened and compromised state. Efforts of willpower or self-control are tiring, and having to engage them successively makes us less willing and less able to continue to exert self-control when subsequent challenges arise. We will succumb to urges and temptations sooner after being challenged to eat a salad and resist a dessert. Additionally, lack of sleep depletes our energy reserves and makes self-control more elusive, increasing the likelihood of impulsive action. SMART Recovery emphasizes lifestyle balance, particularly working to improve balance between sleep, exercise, and nutrition. As Living Sober acknowledges, the work to achieve regular sleep patterns can be long and arduous. However, regular, deep sleep in the absence of substances means facing each new day refreshed and clear-headed.

There is a common misconception that 12-Step approaches and SMART Recovery are diametrically opposed. However, once a few core differences are set aside (e.g. powerlessness vs. self-empowering, necessity of higher power vs. option of higher power), there are many concepts that complement each other quite nicely. Even as I searched through various resources on the topic of H.A.L.T., I found a post online from someone calling themselves ‘Big Book Thumper’ who took passionate objection to the concept of H.A.L.T. because he felt it was “throwing the idea of powerlessness right out the window.”  Big Book Thumper’s reaction to a hint of self-empowerment reflects the reality that the idea of freedom is a nice abstraction, but in practice it is terrifying.

The pervasiveness of absolute thinking and the ‘us and them’ mentality in the recovery world reflects the human desire for certainty and simple solutions to complex problems. There is comfort in the simplicity of absolutes.  However, the concept of H.A.L.T. finds itself at a crossroads.  Nestled in the grey areas of self-empowering and powerless approaches, H.A.L.T. is a welcomed reminder of how pursuing various paths towards the same end facilitates the growth and refinement of theory and practice.

The paths to recovery are as varied as the individual. Reach out today to explore alternative approaches to recovery.