Stand By Family No Matter What 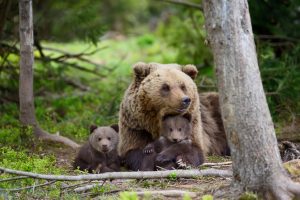 Family is forever, or at least, that’s what the chintzy wall stencils say.  During times of hardship, sickness, death, misfortune, mistakes, and malaise it is helpful to rest assured that our families will stand by us and help us.  My esteemed mentor, Dr. Horvath, often says that 90% of social support is who shows up.  Who shows up in the hospital during chemo?  Who shows up to console after a break-up or job loss?  Often times, family shows up when no one else will.  But who shows up when a so-called ‘addict’ hits the proverbial ‘rock bottom?’  Often times family members desert loved ones when addictive problems are at their most severe.  Why is an exception to the golden rule of family standing by one another made when it comes to addiction?

The hypocritical doublethink when it comes to addiction never ceases to amaze, perplex, and befuddle.  Many argue (incorrectly in my opinion) that addiction is a disease.  But if it is a disease, where else is it acceptable to cut off support from a loved one because they’re battling a disease and experience recurrences of symptoms?

Imagine a father saying to a son: “You’re fighting cancer and the chemo isn’t working perfectly, obviously you don’t want to get better and aren’t invested in your treatment, it’s too hard on me to watch so I’m going to cut you off and not see you until you’re in remission.”  Sounds a little rough, right?  But, swap ‘cancer’ for ‘addiction’ and ‘chemo’ for ‘rehab’ and all of a sudden, according to many so-called experts, the father turning his back on his son goes from selfish cruelty to establishing healthy boundaries that stop enabling.

A late colleague and another mentor of mine, David Jacobs, would always say that “tough love is just cruelty.”  I often repeat the sentiment of Dr. Jacobs, sometimes to looks of dismay, confusion, even anger and disgust.  The confusion itself is confusing to me, especially when one considers family members taking a tough love approach to any other mental illness and/or an actual disease.  The intensity of an addictive behavior is often a direct reflection of the intensity of the pain that an individual is enduring.

Standing by family no matter what does not mean doing nothing if my sister repeatedly steals from our aging parents.  Standing by family no matter what means continuing to listen, honoring my loved one’s autonomy, offering to help in reasonable ways, and not cutting all ties.  Family turning their backs on loved ones in times of dire need and debilitating pain might be about as cruel as it gets.  However, it is not entirely fair to just point the finger at families who implement tough love tactics, especially because they often do so after “experts” tell them to.

To me, the real problem is the addiction treatment industry refusing to admit that they are embarrassingly wrong in promoting tactics like confrontational tough love that are continually promoted even in the face of evidence that they rarely work and often harm.  But, a reticence from people in power to admit that they are wrong is not rare.  Rather than wait for the addiction industry to admit wrongdoing, we might be better served to implement tough love ourselves, turn our backs on cruel tactics, and give outdated treatment approaches a taste of their own “medicine.”  Maybe in the case of applying tough love to traditional addiction treatment itself, two wrongs do make a right.

Ready for a different approach? Learn about Community Reinforcement and Family Training (CRAFT).