By the team at Practical Recovery 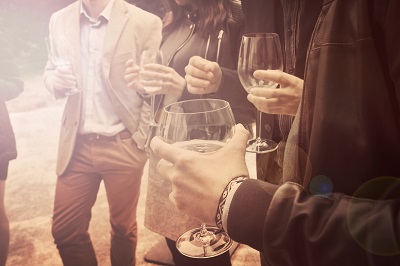 Separating libations from social situations in American culture is about as easy as separating hassle from air travel.  A 2017 study published in the Journal of the American Medical Association found that alcohol consumption is on the rise in the United States, especially among women, older adults, ethnic minorities, and the socioeconomically disadvantaged.  The phrase, “Let’s grab drinks,” is such a staple of US culture that establishing a natural, rich, and fulfilling social life is a legitimate challenge for those who pass on the party scene.  For those who resist liquid luncheons, thirsty Thursdays, not-so-happy hours, and whiskey sours, it is important to have some ways of staying sober in a “let’s grab drinks” culture.

People don’t drink for a variety of reasons.  Some simply don’t like alcohol, others choose not to imbibe for health or religious reasons, others perhaps enjoyed spirits a little too much and determined that life was better without them.  It is helpful for those choosing to refrain to consider situations that promote drinking as well as activities to engage in other than alcohol consumption.

Some situations where turning down drinks might get unwanted attention include:

Instead of sipping sangrias until Saturday becomes sloppy, some people focus on building deeper connections and enjoying quality times that are not cringe-worthy the next day. Here are a few suggestions for activities sans booze:

There are infinite alternatives to grabbing drinks that are more rewarding than stupors and hangovers. Next time someone suggests the ol’ “Let’s grab drinks,” try suggesting something else to do.  Enjoying a social life that does not revolve around alcohol is a recipe for feeling empowered over addiction.

Below are a few suggestions from the community about staying sober in a “let’s grab drinks” culture: