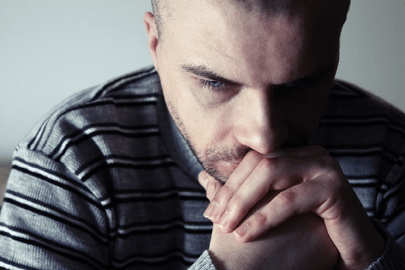 Suicide is a quiet epidemic in the US. Although the media in this country lends much of its attention to murder, with nightly news stories and documentaries on the perils of living in a country with over 300 million guns, suicide never receives the same degree of focus. The broad coverage surrounding Robin Williams’ death represents an exception, and has directed attention to a long neglected issue that actually dwarfs the size of this country’s problem with violence. In recent years, the annual suicide rate has tripled that of homicides in the US. As the murder rate has dramatically dipped in this country over the last 20 years (from an all-time high of 24,000 murders in 1991), the suicide rate has held steady over that time period. According to the FBI’s website, 12,975 Americans were murdered in 2011; in that same year, 39,518 Americans completed suicide. Keep in mind that less than 10% of suicide attempts are, for lack of a more sensitive term, successful, which means the problem is likely much bigger than figures gleaned from reports. In reality, it’s estimated that anywhere from 400,000 to upwards of 800,000 people attempt suicide each year in the US.

Suicide and Addiction
Of those who do complete or attempt suicide, an addiction is often at play. In fact, one in three people who kill themselves will, at the time of autopsy, screen positive for alcohol, while another one in five will test positive for opiates. Given these statistics, it would make sense to address both the mental health issues as well as addiction when confronting the problem of suicide.

It can be argued that this country is the drug capital of the world. From prescription medications to more illicit street drugs, Americans depend on a wide range of substances. The National Institute of Alcohol Abuse and Alcoholism estimates that half of all adult Americans can identify at least one close relative who engages in heavy drinking. Factor in the abuse of illicit drugs and prescription meds, and far more than half of us are close to someone with substance problems. Many with substance problems also struggle with mood disorders (e.g., dysthymia, depression or bipolar disorder), or an anxiety disorder (e.g., panic disorder, post-traumatic stress disorder, or generalized anxiety disorder). In these cases the addictive use of alcohol and drugs may be more of a symptom than a disorder or disease. Substance problems often indicate a desperate attempt to alleviate the emotional pain of a mood or anxiety disorder. Even if drug or alcohol use temporarily eases someone’s pain, substance problems can quickly expand.

Addiction, Depression and Suicide
Those who meet the clinical criteria of Major Depressive Disorder, as defined in the Diagnostic and Statistical Manual (IV-TR), are twenty times more likely to commit suicide than people in the general population. More generally, ninety percent of people who commit suicide were previously diagnosed with a mood disorder, an anxiety disorder or a substance use disorder. Compound a depressive or anxiety disorder with an addiction (i.e., dual diagnosis), and the risk of suicide dramatically increases. The intoxicated brain is at risk for what is known as hypofrontality, the down-regulation of the executive areas of the frontal lobe while under the influence of alcohol or drugs. The greater the intoxication, the less functional the frontal lobe and its executive areas. The executive areas of the brain are involved in impulse control, judgment, foresight, reality testing and problem solving. Impair someone’s frontal lobe, and s/he will be at risk to act out in dramatic ways, succumbing to distorted thinking, impulsivity and the experience of helplessness, with a dramatically reduced ability to find solutions to problems that, under the influence, appear overwhelming or unavoidable.

“There are almost always warning signs in the weeks to months before a suicide attempt. Classic signs of someone at risk include social isolation, a loss of drive, changes in sleep and/or appetite, and a pervasive sense of helplessness or hopelessness. If your loved one sheds 10-20 lbs. over a few months, begins to spend most of the day in the bedroom or on the couch, sleeps 12 plus hours a day or complains of insomnia, routinely ignores calls and texts, obsesses over death, or frequently and tearfully expresses a fear of life, assume that he or she is at risk. If you worry that your loved one may be at risk, simply ask, “are you thinking of killing yourself?” If your loved one says “no,” but your intuition tells you otherwise, ask again. If your loved one is currently or was recently in treatment, contact that provider and express your concerns. If the provider doesn’t respond promptly and your loved one agrees to help, go to the nearest ER. Hospital staff can refer you to providers and programs in the area that treat both addiction and depression; in more emergent situations, hospital staff can help coordinate the inpatient admission of someone who is actively suicidal. If your loved one refuses help, then call your local non-emergency police number and request a welfare check from local law enforcement. Police departments in most major cities train officers to triage those at risk for suicide, with peace officers more times than not able to calm the crisis, and then escort those at most risk to the hospital on their own accord. If you believe suicide is an immediate risk, call 911.”

“More than anything else, trust your instincts. Don’t talk yourself out of speaking directly with a loved one that you suspect may be at risk, all for the sake of avoiding tension or an argument. Whatever discord that might result from your questions and concern will fade soon enough – as soon as your love one reminds him or herself that someone cared enough to ask.”

If in the US we talked about suicide as much as we talk about guns and violence, we might be able to save thousands of lives every year.

If you or a loved one are considering suicide, or need more information, call the suicide helpline at 1-800-SUICIDE, or visit www.suicide.org.

This post is not intended to take the place of advice from a trained professional. If you or someone you know is at risk for suicide, seek help immediately.