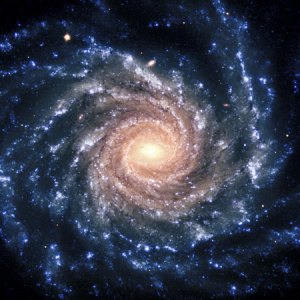 The recent success of the Netflix series entitled, 13 Reasons Why, along with the death of Chris Cornell, brought suicide into the forefront of American consciousness.  The relationship between suicide and addiction is well established – substance use problems are the #2 risk factor for suicide (depression is #1, and it frequently co-occurs with substance use problems).  Suicide is the 10th leading cause of death in the United States  This article will explore the difference between risk factors and warning signs for suicide.  It will then offer suggestions for what to do if you or a loved one struggles with the pain that pushes people to seek relief from extreme methods like addiction and suicide.

Warning signs for suicide are specific to current functioning. Warning signs are observable behaviors and expressed symptoms with what is called ‘near-term’ risk (hours to minutes to days). Warning signs tend to come and go and are transient in nature.

The following warning signs indicate an immediate need for help: someone threatening to hurt or kill himself or herself; someone looking for ways to kill himself or herself; someone seeking access to pills, weapons, or other means; and someone talking or writing about death, dying, or suicide. Additional warning signs that indicate a need for help include: hopelessness, rage/anger/seeking revenge, acting reckless or engaging in risky activities seemingly without thinking, feeling trapped (like there’s no way out), increasing alcohol or drug use, withdrawing from family friends/society, anxiety/agitation, difficulty sleeping/sleeping all the time, dramatic mood changes, and no reason for living/no sense of purpose.

Risk factors for suicide are more static and fixed than warning signs. Common risk factors for suicide include problems with substance use, psychiatric diagnoses (e.g. depression, bipolar), previous attempts, family history of suicide, old age, being divorced, and access to means (e.g. a firearm). Men are 3.5 times more likely than women to commit suicide, but women are three times more likely than men to attempt suicide. Currently in the U.S., the suicide rate is highest among middle-aged white men.

Research reveals some aspects of suicide risk that are not necessarily intuitive. For example, the potential for suicide is highest soon after symptoms of a depressive episode lift. Someone who suddenly feels better after being depressed may be at high risk for a suicide attempt, a phenomenon termed ‘flight to health.’ If you observe warning signs like increasing substance use, hopelessness, sleep disturbances and/or no reason for living, but the person says that he/she is “fine,” it can be useful to ask the person to clarify the discrepancy you notice in a manner that conveys care, concern, and non-judgment.

People often say that suicide is “the most selfish act.”  However, for people who wrestle with the choice of whether or not to continue enduring the pain of their existence there is often a conviction that those they care about would be better off without them.  While the loved ones of someone who is suicidal would adamantly disagree, it is also important to recognize and honor the experience of the individual contemplating suicide who truly believes that the lives of the people he/she cares about would be better without him/her.  People acting in a way that they believe eases the burden of people they love (no matter how inconsistent the act is with the feelings of loved ones) does not fit the definition of selfish (showing concern only for self and not the needs of others).

Ultimately, if you sense that someone’s safety may be in jeopardy it is important to not ignore your intuition. Expressing concern in a non-judgmental manner communicates care, which is crucial to people who are hurting. If someone you know is exhibiting warning signs first talk to that person. If you have any suspicion someone’s safety is at risk, call 911 or the national crisis line at 1-800-273-TALK, and seek help from a mental health professional.