The Homemade High: A Guide for Parents

Getting High: 11 Unassuming Household Items Parents Should Watch Out For 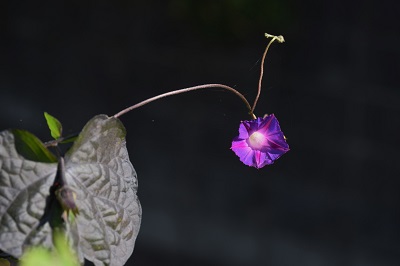 A teenage mind determined to get high is a breeding ground for creativity.  Everybody knows about the usual suspects: pot, alcohol, dad’s back pain pills, etc.  However, there are a number of ways kids can alter their consciousness even when access to the usual suspects is successfully restricted.  This week’s article, while far from comprehensive, covers some of the lesser-known ways kids find ways to stimulate their minds.

It might not be the classiest way to party, but teen years generally aren’t defined by a refined disposition. Almost every garage has a red gas can and/or a container of paint thinner.  It is important for parents to know that inhaling gas or paint thinner is a reliable method of getting extremely intoxicated.

Not all brands are created equal when it comes to “robo-tripping” (getting high on Robitussin).  Check the ingredients of the cough medicine in your cabinet, if it contains dextromethorphan (DXM), then a few fills of the little plastic cup can send a thrill-seeking teen on a heck of a ride.

Dust-off is the most well-known brand, but in general, aerosol dusting sprays are a staple in the repertoire of huffing aficionados.

The story here is morning glory. All it takes is about 400 morning glory seeds, patience to soak them for a few hours, and voila!  A psychoactive beverage is created.

If someone in your household has the resolve to ingest something close to an entire jar of nutmeg they will be rewarded with possible panic, delirium, vomiting, diarrhea, nausea, and a mild floating sensation.

Most kids know far more about technology than their parents, which is nice when the parent needs help figuring out how to photoshop and upload a selfie to the insta-world. However, figuring out how to setup a VPN, download TOR, and start shopping on the Amazon marketplace for drugs found on the dark web is also a cinch for tech-savvy teens.

People who live in areas inhabited by Bufo Alvarius toads are just a spritz of vaporized venom away from an experience with 5-MeO-DMT, arguably the world’s most powerful psychedelic. If your teenager suddenly regains a passion for catching toads, you might be sharing your backyard with Bufo.

Some kids add salt to separate the alcohol, some drink it straight up, either way, alcohol hits the bloodstream. The same can be said for mouthwash.  Consuming alcohol via hand sanitizer or mouthwash is dangerous, but it does happen.  Foam hand sanitizer is said to be more difficult to separate alcohol from and thus, might be safer to have around the house.

The fungus among us might just be magical. It’s never a wise idea to indulge in indiscriminate fungal feastings, but even the classic, beautiful red presents that pop up under the green Christmas trees after a soft rain – the amanita muscaria – can be ingested in a manner that delivers a psychedelic experience.

If your Reddi-whip canisters are vanishing and you haven’t been making pies then someone in your house is probably getting high.  While sophisticated, bourgeois whip-it connoisseurs undoubtedly look down their noses at the heathens who dare inhale nitrous oxide from a whipped cream canister, teenagers who have yet to arrive in the upper echelons of consciousness-altering will happily suck back the laughing gas from a Reddi-whip can for a gay ol’ time.

Or, as someone trying to sound smart would say, diphenhydramine. The little pink and white capsules that come in handy when a parent wants to tame the spirits of an unruly toddler also work for a teenager in a pinch who wants to get high.  Most who try this won’t do so again, the “high” is pretty much a bummer, often resulting in scary hallucinations and uncomfortable anxiety.

The 11 items listed above are all potential methods of concocting a potent homemade high.  There are also a couple myths worth dispelling about homemade highs.  Banana peels are often rumored to produce a homemade psychedelic experience, but this is not true.  While there are some psychoactive properties to some compounds in banana peels, the concentration of psychoactive compounds is not strong enough to produce any noteworthy effects.

Poppy seeds are also frequently rumored to be a potential source of an opium high.  While poppy seeds can and often do result in false positives for opiates on drug tests, getting high on poppy seeds is rather unlikely.  However, if your poppy predilection pushes you to the specific delicacy of Spanish poppy seeds you could very well find yourself accidentally feeling comfortably numb.  Spanish poppy seeds have about 100 times more morphine than other poppy seeds.  If you are inclined to ingest about 40 grams of Spanish poppy seeds you will ingest the equivalent of 10 milligrams of morphine, which is about equal to a low-level hospital dose.

There’s no way to write something like this article without running the risk of providing some new ideas for thrill seekers and those who are experimentally inclined.  However, it is good for parents to know and be aware of some methods of consciousness altering that might be dwelling right in their own backyards or spice racks.  The good news is that addiction problems with the items on this list tend to be less common.  In general, it is important to keep in mind that research clearly shows that the most successful prevention efforts are individualized and focus more on responsible use rather than abstinence.  If you suspect a child or loved one is developing addictive problems effective help is available, and it isn’t tough love.