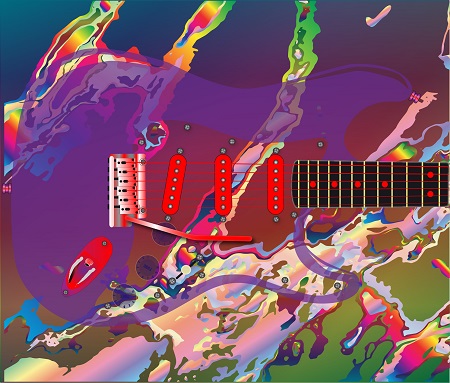 The medical examiner’s report on Tom Petty’s death revealed that the perpetual free faller’s last dance was with opiates, not mary jane.  The statements issued by Petty’s family were quick to clarify that Petty’s use of opiates was in response to a fractured hip, because, God forbid he used opiates for recreation, pleasure, or creative exploration. The knee-jerk reaction on the part of Petty’s family is perfectly natural – nobody would want the legacy of a loved one tainted with one of society’s dirtiest and most un-bleachable stains… addiction.

In no way is this article written to suggest that Petty was a “drug addict,” a label whose value is universally questionable. The extravagant cocktail of his death dose and a song portfolio littered with drug references are both messages from Tom himself – he used drugs, made great music, lived a good life. Nothing about the role of drugs in his life or death suggests he was anything but a decent human. The scrambling in the aftermath of his death to legitimize his drug use as pain relief underscores the stigma our society continues to stain people with who alter their consciousness.

The medical examiner attributed Petty’s death to seven medications – fentanyl, oxycodone, temazepam (restoril), alprazolam (xanax), citalopram (celexa), acetyl fentanyl, and despropionyl fentanyl.  Acetyl fentanyl alone is 15 times more powerful than morphine.  Petty’s cocktail suggests tolerance, and tolerance suggests some consistency of use.  This may be shocking to some, but if Petty did have a history of consistent substance use, he wouldn’t be the first famous artist.

Substance Use in Pop Culture

Art history is littered with examples creative people who used substances for various reasons.  John Lennon was quite candid about his use of LSD to spark creativity and his use of uppers to meet the taxing demands of endless touring.  Prince recently died of an opiate overdose.  Michael Jackson was on one of the most creative and complex drug cocktails to date.  Some say absinthe was the drug of choice for Edgar Allan Poe, Picasso, and Van Gogh, while some dispute such claims.  Chopin is often described as an opium “fiend.”  Mozart was known for his penchant for alcohol and tobacco snuff.  Beethoven’s reported last words were pining for wine that was not going to arrive in time…  “pity, pity, too late!”

Tom Petty and His Use of Substances

Petty’s lyrics made it clear that his use of substances extended beyond pain management.  In ‘Learning to Fly,’ Petty shared that for him, coming down was the hardest thing.  In ‘Free Fallin,’ he sang of his intent to leave this world for a while.  On his most recent album he was a bit more cryptic, sharing that he had his own fault lines running underneath his life.  For those who may think I’m stretching, and that previous examples don’t necessarily refer to drugs, I’ll draw attention to a few of Petty’s most straightforward statements on drug use.

Found in his song, ‘It’s Good to be King,’ Petty says flatly, “It’s good to get high and never come down.”  In ‘You Don’t Know How It Feels,’ Petty sings a clear mandate – “Let’s get to the point, let’s roll another joint.”  Last Dance with Mary Jane is a thinly veiled reference to cannabis and its ability to “kill the pain.”  I’m not sure clearer endorsements of drug use exist, and these songs were not obscure, deep album tracks, they were hit singles regularly played on radio and MTV.  If we now wish to whitewash Petty’s obvious, ongoing relationship with substances, then we participate in the problem.

The problem with drugs is that most of us use them and pretend like we don’t.  In 2012 Americans spent over $1.5 billion on abilify alone, admittedly a strange drug of choice, but a drug nonetheless.  Petty had the courage to openly share about his drug use.  The power is in numbers, and the more we keep our own use tucked away in the shadows the more we consign our fellow citizens to jails and criminal records for doing the same.  The more we lie about drugs the more we encourage kids to figure it out for themselves.  The more we’re open and honest about drugs, the more effectively we can address the very real problems related to drugs.  Petty surely used opiates to manage pain, he also used a variety of drugs for a variety of reasons and he didn’t hesitate to let us know about it.

Highlighting the Stigma of Addiction

The response of Petty’s family was quick and clearly aimed to legitimize Petty’s use of opiates.  The response reminds us that we still see pain management as the only legitimate use of opioids.  I imagine Petty’s family probably consulted an insufferable PR person who insisted that the family “get out in front of this,” and so the family moved swiftly to tie Petty’s overdose to the horrendous pain of a fractured hip.  Yet, we know from his music that he had a relationship with substances that was also about pleasure, personal exploration, and creativity, not just about pain management.

Why is it illegitimate to use substances for pleasure, is it not our constitutional right to pursue happiness?  Maybe Petty’s death is an opportunity to stop lying to each other and to ourselves, and to recognize the truth.  A large portion of drug use is about seeking pleasure, having fun, and feeling better.  Most people who use drugs don’t become addicted, Petty is a likely example, and that’s an incredibly important message to not sweep under the rug.

There are countless examples of people shedding the cultural brainwashing of ‘powerless addict’ to define their own relationship with substances.  Many people drink alcohol for pleasurable feelings like social connection or relaxation.  Many people drink coffee because it makes dull work a little bit more interesting.  Tom Petty was a brilliant songwriter, and many of his songs sing the praises of drugs.  His work provided the backbone of the soundtrack to many of our lives and drugs are an important part of his story that should not be glossed over.

Tom Petty’s life and death offer us a story about drugs with nuance and complexity.  Petty’s story is of a successful life that involved drugs, a story that exposes the holes in society’s drug propaganda.  By writing Petty’s substance use off as an unfortunate blip of pain management at the end of his life one of the most valuable lessons of his life is missed.  To willfully forget the truth of Petty’s relationship with substances is to actively participate in the degradation of his legacy.

Petty’s use of substances is anything but a blemish on his legacy.  On the contrary, Petty’s honesty about his use of substances adds resonance to the message of his life. The fact that he also died from drugs is a sobering reminder of what can happen to even the most experienced person. If we listen to and apply the honesty of Petty’s message it could be another step towards correcting one of the most egregious campaigns of human rights violations in history – the oppressive war against people who alter their consciousness with chemicals.

If you are struggling with substance use and want treatment free of stigma and shame, our non 12 step outpatient services can help.