Article by Erinn Hutkin originally appeared in the Union Tribune on September 23, 2014 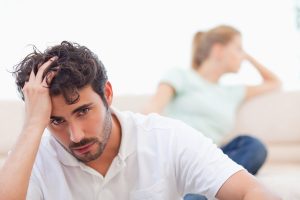 Toxic relationships do not only hurt psychologically, they can also be physically damaging.

George Pratt, a clinical psychologist, author and licensed marriage and family therapist associated with Scripps Health, said a toxic or unhealthy relationship can exist among married couples, people who are dating and even those who are no longer a couple.

No matter what the nature of the relationship, Pratt said, they have one thing in common: “Toxic relationships can exist in any kind of relationship, and they are bad for your health.”

From disturbed sleep to added stress to increased risk of heart problems, toxic relationships can do damage to the body.

However, in addition to knowing that a bad marriage or coupling can lead to decreased health, Pratt said one must first recognize they are in a toxic relationship — something many people overlook.

“Very few people recognize a toxic relationship,” he said. “They don’t understand that the relationship can cause you to feel less healthy.”

Dr. Ann Clark, a San Diego human services expert who has published books documenting her and others’ experiences with toxic relationships, said the main difference between toxic and abusive relationships is that toxic relationships are capable of causing high physical and emotional stress whereas abuse is an outright assault on a physical level.

Toxic relationships are more widespread, and her definition includes relationships that create a state of internal negativity that could come in the form of negative inner self-talk, self-doubt or judgments. They are relationships where there’s no inner calmness, happiness, joy or clarity of thinking.

“You simply know when you’re in one,” she said. “This person is not your cheerleader.”

He said the hallmarks of a toxic relationship are feeling bad after being around the other person and not always knowing why; feeling a sense of dread when seeing the person’s number appear on caller ID; or feeling uneasy after spending time together because they leave you feeling fearful, angry or frustrated.

“(The toxic person) lacks empathy and can be narcissistic … meaning if you feel bad as a result of an encounter with them, (the toxic person will say) it’s your fault and not theirs,” he said.

There’s a wide range of health impacts for those in an unhealthy relationship.

Jessica Yaffa, director of community education at Practical Recovery in La Jolla and author of the book “Mine Until: My Journey Into and Out of the Arms of an Abuser,” said when people are in toxic relationships, the body often experiences extreme trauma. She said this is not limited to physical trauma, but emotional trauma as well.

She said being in a constant state of alarm, unable to relax or “let down,” as well as interrupted sleep, anxiety and depression can influence health negatively and can weaken the immune system over time. Those who experience extreme emotional stress due to a toxic relationship may also be unable to focus on work, parenting, school and other responsibilities.

“This in itself contributes to an increase in physical stress,” she said.

In addition, Albrecht said, such relationships can lead stress to manifest from the outside to the inside. People who are having trouble with stress can hurt themselves with food, alcohol, nicotine, caffeine or prescription or illegal drugs.

Clark said the ups and downs of toxic relationships result in adrenal fatigue. When the brain perceives danger, it floods the system with adrenaline and other drugs — a typical response to the body being told to fight or flee. Ridding the body of these symptoms is necessary.

“Just like a creature in the wild, the constant exposure to danger results in the body fighting a losing battle both to produce adrenaline and then rid the body of excess, ultimately resulting in fatigue, damage to organs, weakening of the immune system and a variety of physical illnesses,” she said.

Such damaging effects have been proven in studies. A recent study at Michigan State University indicated there’s a 34 percent increase in the risk of heart problems if one is involved in a toxic relationship. A University of Copenhagen study found those who are in constant conflict are two-thirds more likely to die in 11 years sooner than those with less conflict in their lives.

Also, Pratt said, women with high levels of disagreements and conflict in their marriages are found to have higher blood sugar levels and blood pressure, higher rates of obesity and lower levels of good cholesterol. Among both sexes, he said, those with greater martial concerns have been found to have more instances of diabetes, depression, heart attack and stroke.

Clark said those who are in stressful or bad relationships often have trouble sleeping. Those who don’t sleep deeply don’t feel as positive, and because the immune system rebuilds itself during sleep, the system can become compromised with lack of sleep, making a person more vulnerable to disease. If there’s a problem with the immune system, those with a pre-existing disease can have a slower recovery or an illness can worsen.

“Health is better when you have a healthy marriage,” she said. “If you’re in an unhappy marriage, health is worse than not being married.”

Clark said the problem is that many people don’t realize the quality of their relationships can be as toxic to their health as fast food or hazardous waste.

Even after a toxic relationship or marriage ends, she said, negative aspects of stress don’t immediately go away, but she said there are steps people can take to improve their health and their lives. These measures include finding alternative sources of peace and wholeness and doing things that make you feel better, surrounding oneself with positive people and working toward healing the part of you that may be attracting toxic relationships.

“The data is very clear,” she said. “The longer one remains in a toxic relationship, the greater the damage to health.”

Original article may be viewed here.