Predictors of response to naltrexone in alcohol rehab 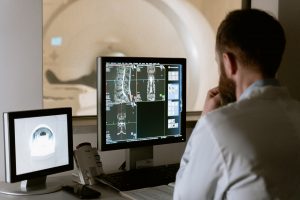 Various intake and outcome variables were measured in a randomized 3-month open-controlled trial which compared the effects of naltrexone plus psychotherapy alcohol treatment to psychotherapy alcohol treatment alone on the maintenance of abstinence in the final 28 days of treatment. Participants were 336 alcohol dependent males in alcohol rehab. Intake measures included age, pattern of alcohol consumption, heavy drinking days in past month, various serum markers, depressive/anxiety disorders, family history of alcohol dependence, other substance use disorders, and use of other medications. Several outcome measures were also examined.

Predictors of Positive Response to Naltrexone

Results showed that family history of alcoholism, early age at onset of drinking problems, and comorbid use of other drugs of abuse were all predictors of a positive response to naltrexone. The researchers also found that individuals not treated with naltrexone had lower abstinence rates in the final 28 days of treatment as their number of predictor variables increased. However, this trend did not apply to those treated with naltrexone. The results suggest that naltrexone treatment may reduce a biological vulnerability to alcohol dependence and that type of alcoholism should be considered when deciding on pharmacological alcohol treatment strategies. The authors also suggest that future studies might identify biological markers as predictors of response to naltrexone.

“Our findings indicate the need to distinguish between different types of alcoholism before choosing the pharmacological strategy in a given patient,” the authors conclude. “It would be of great interest to complete these studies with the inclusion of biological (genetic, biochemical, physiological) markers, which might aid the correct identification of patients.”

If you or a loved one are interested in naltrexone-assisted treatment for alcohol use, our outpatient program may help. We support medication-assisted therapy, and we support you.