Pregnancy and Motivation for Drug Treatment 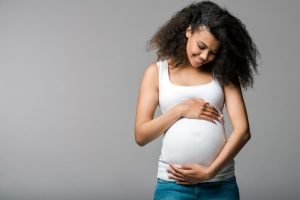 Using drugs during pregnancy creates multiple risks for the mother as well as the baby. Drug use during pregnancy may lead to miscarriage or severe developmental abnormalities for the child. Yet little research has examined the motivation for drug treatment among pregnant women. Researchers at Johns Hopkins University hypothesized that pregnant drug-using women would be more likely than non-pregnant drug-using women to have higher motivation for addiction treatment (Mitchell, Severtson & Latimer, 2008).

The Cultural Bias Relating to Pregnancy and Drug Treatment

Why is it that white women are more likely to score higher on measures for motivation? Might it be related to cultural bias within the measures? Are these differences due to cultural differences in ideas about motherhood? Or are they due to differences in understanding about the obstetrical risks of drug use during pregnancy? Perhaps a deeper examination of these questions might lead to a method of motivational enhancement that is effective for all pregnant women, regardless of race or ethnicity.

All pregnant drug-using women should be targeted for interventions aimed at increasing motivation for treatment. A pregnant woman who uses drugs endangers not only her own life but also that of an unborn child.

Non-confrontational interventions such as motivational enhancement therapy (MET) could rapidly increase a pregnant woman’s motivation to seek treatment and improve the life of her child in countless immeasurable ways. MET aims to establish an internal motivation for treatment by examining and overcoming ambivalence about change. A study by Ondersma et. al. suggests that setting a clear goal to quit at the start of treatment may improve the efficacy of interventions such as MET (2008). More research is needed to examine how different approaches to drug treatment might affect the motivation among different groups of drug-using pregnant women.

There are perhaps few instances of drug use that create as strong a sense of upset and disgust as drug use by pregnant women. Almost everyone wants infants and children to get the best possible start in life. It is remarkable that little research has been done regarding a pregnant woman’s motivation for drug treatment.  Perhaps this lack of research reflects an unconscious racism. If white women are much more likely to be motivated for treatment, compared to black women, perhaps black women are considered hopeless and the whole issue of motivation for treatment during pregnancy is therefore considered not worth studying?