Resolving The Core of Drug Abuse

Resolving the core of drug abuse 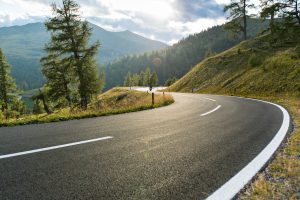 When I see a “drug abuser” in addiction treatment my primary concern is to help the individual understand how the past remains in the present and to consider how that past and present might be changed, with the goal of ending the costs that arise when drugs are used to solve emotional problems. I put “drug abuser” in quotes to avoid making a caricature of a real person.

Treatment needs to be founded on the observation that everyone does their best given their background.  But it avails the “drug abuser” naught to focus on this truism.  Consider nutritional diseases.  It does not matter how much your childhood caregivers wanted to provide more nutritious food.  If in ignorance they failed to provide it, or if it was not available, the harsh consequences of nutritional deficiency none the less take their toll.  Although the effects of the conditions of life in “the formative years” may not be as permanent as the effects of nutritional deficiency, they are often well beyond what someone might simply shrug off.

The Emotions Behind The Core of Drug Abuse

Although emotional pain and emptiness and basic mistrust of others do not necessarily lead to drug abuse–life is filled with many opportunities for diversions and fixations–it is one possible outcome. The “drug abuser” in treatment is in the unfortunate position of being cajoled to abandon the only, or at least the main and most important, source of emotional relief. Many people of course do not enter drug treatment in a manner that could realistically be called voluntarily or willingly.  The best prognosis is for individuals who seek out addiction treatment on their own initiative.

There are two primary sources of comfort (soothing, support, pleasure, etc.) in living, connections with people, and productive activity.  Connections with others are by far the most important source of comfort for most of us.  However, using drugs (or engaging in activity addictions like gambling) can also alter one’s emotional state.  The “drug abuser” has little use for, finds little comfort in, connection with people compared with the relief (satisfaction, pleasure, etc.) of drug use.  This preference does not mean the absence of friends and family or the absence of productive activity; it means that they are not that useful when it comes to altering bad feelings for the better.

A real shift in feeling about the connection with people is a challenging task; meanwhile, emptiness and emotional discomfort are unrelenting, thus “slips” and relapses.  “Interested parties”—partner, family members, inexperienced treatment personnel–have a hard time understanding that emptiness and emotional discomfort are unrelenting. It is tempting to see the “drug abuser” as stubbornly, even perversely, resistant to “help.”  But as a “drug abuser” it isn’t easy to let go of your one and only life preserver.  Of course, there are disadvantages and costs to severe and persistent drug use, but, again, choice is determined by the feasible possibilities you can see.

The Outcome Given Time and Motivation

If there is sufficient time and motivation, and the treatment is not itself iatrogenic (damaging), there may be the hope of altering the “drug abuser’s” core emotional conviction that other people are the problem rather than the solution.  Enforced time away from drugs does not by itself remove the inner emptiness and discomfort and basic distrust that rendered drug use the “right” choice in the first place.  I mention that treatment may itself be damaging because I take it for granted that no interpersonal interaction and no social situation is emotionally neutral.  All interactions and situations have an effect one way or the other.  Since the “drug abuser” is doing something that other people disapprove of (to some extent this disapproval may be shared by the “drug abuser”), it is fairly easy for situations to develop in which the “drug abuser” is or at least feels criticized and censured.

The issue at the center of drug treatment is then (in my formulation) what sort of interactions and social conditions do and do not strengthen the pre-existing conviction that other people are the problem rather than the solution.  It is beyond the scope of this brief article to elaborate on how treatment at the core of drug abuse might unfold. Obviously, however, helpful treatment needs to be founded on an understanding of the core reason the “drug abuser” has turned to drugs, and not exacerbate this reason.