Teach Teens About Alcohol Before it Kills Them 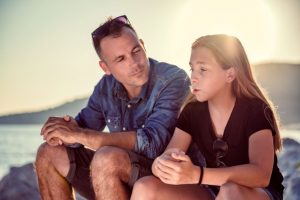 Alcohol prohibition in the US lasted from 1919 to 1933. Prohibition continues for those under age 21. Prohibition was repealed because it was violated so often.  Given how much people like to drink, prohibition as a public policy was not realistic. In this article, I suggest that we are seeing similar violations of drinking laws by young people and that it is time to modify the prohibition on their drinking and to teach teens about alcohol. The actions I suggest are already in place in many families.

Drinking actually seems to be decreasing among young people (according to the Monitoring the Future surveys the federal government funds).   However, despite the “zero tolerance” approach, some young people drink regularly or in large amounts. On occasion, some die from drinking. Many college students experience significant problems from drinking, more so than in previous generations (according to data collected by Henry Wechsler at Harvard’s School of Public Health). Although more young people may be avoiding drinking, the ones who do drink are having more problems with it.

I suggest that overall it would be better to teach most children and teens to drink, so that when they have easy access to it—as they do in the college years if not sooner—they will know how to handle it. How would one teach teens about alcohol? The following approach would not work for every family. Families with a history of addiction, for instance, might well choose another approach.

1) Most importantly, set a good example and moderate your own drinking. Your children will likely adopt drinking habits similar to your own. “Do as I say, not as I do” is not an effective stance! What is moderate drinking? There are several guidelines available, including one from the US government (two standard drinks per day for men, and one for women). A standard drink is the normal serving size: a 12 oz. beer, a 5 oz. glass of wine, or a shot of liquor. Additional information is available at moderation.org, the website of Moderation Management, a non-profit organization that teaches ideas and techniques to moderate or abstain.

2) When your children are young, start by introducing small sips of wine or beer during some meals. These sips should not be enough to get a “buzz.” They will introduce the taste of these beverages, and possibly some additional sensations. The sips may be weeks apart, or even less frequently (e.g., on some holidays).

3) As your children become teens, gradually move toward partial or full glasses. Make several points clear to them. For now, drinking is an at-home activity to be engaged in with parents only. This drinking is to prepare them for the freedom they will have in the future. By knowing about and having experienced alcohol they will more easily be able to pass up temptation at teen parties. You hope that they will view getting drunk, or other drug use, as foolish rather than as interesting or sophisticated. In addition to these points, inquire about their experience of alcohol. They are now drinking enough to experience more than just the taste.

Is there scientific evidence to support this approach to preparing children and teens for their later opportunities to drink as much as they want? Unfortunately, there appears to be no strong evidence on either side of this question. As parents, we need to decide on our own whether requiring abstinence until 21 (or beyond), or preparing our children as just described, is the sensible course of action. However, for millennia parents have been preparing their children for the dangers and opportunities of the world. We teach them, step by step, how to use knives, prepare foods like chicken or eggs, drive cars, swim, stay safe in potentially dangerous places, and so on. Teaching teens about drinking used to be on this list also. Isn’t it time it got back on?