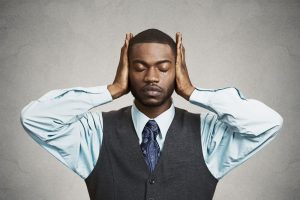 Denial is one aspect of resistance to change. In regards to addiction, it involves denying or minimizing the existence or seriousness of addiction problems. Unfortunately, within the field of traditional (12-step) addiction treatment, the belief is that “addiction is a disease and denial is its symptom.” From the traditional perspective, it is also believed that “alcoholics and addicts” exhibit denial as a rather permanent “character trait.” It requires strong and direct confrontation, and sometimes other extreme measures, to blast through denial. Based on this traditional perspective individuals with addictions are sometimes treated in cruel or disrespectful ways, which would never be considered with any other clients or patients.

Is Denial a Symptom of Addiction?

However, denial as a central symptom of addiction is not supported by scientific evidence.   “Research demonstrates that a counselor can drive resistance levels up and down dramatically according to his or her personal counseling style,” says William Miller, Ph.D., the developer of Motivational Interviewing.  In motivational interviewing a “respectful, reflective approach” is used to help clients focus on the difficult realities their addictive behavior has created.  Argumentation, direct confrontation, and the accusation of “being in denial” does not occur.  Information and training in motivational interviewing are, unfortunately, only slowly infiltrating outpatient addiction treatment and alcohol and drug rehab.
Psychologists J. Brehm and S. Brehm in the 1960s identified “psychological reactance,” the very predictable resistance most individuals express when confronted with forceful demands for change or for relinquishing some of their freedom. Would not “denial” be an excellent example of “reactance?” If you love to (drink, or do anything) and someone tells you forcefully that you need to quit forever, what are you likely to think, feel, and say? Even if you realize that alcohol is causing problems, you are likely to resist a DEMAND for change, just because it is a demand, and also because you still love drinking!   Resistance and ambivalence to change– being both for and against – should be regarded as normal in the early stages of any therapy aimed at behavior change. It should be recognized that all people, addicts and non-addicts alike, tend to resist change, especially when it is forcefully demanded.

If confrontation elicits defensiveness and denial, why are confrontational therapists so resistant to changing their approach? Unfortunately, therapists who use confrontation understand the resulting resistance, “denial” and poor motivation as a manifestation of an “addictive personality,” which has denial as a primary trait. Apparently, many of these confrontational therapists do not realize how their own behavior is eliciting the “denial” they observe.
Imagine that you have no addiction problems, but are sent (perhaps because of a misunderstanding) to be interviewed by a confrontational professional.  You are asked, do you have any drinking problems? You state, no, I drink only a little, and only occasionally. The professional states, but I understand that you have had serious problems. You respond, no, I have not. The professional states, I can see that you are exhibiting denial, which is the cardinal symptom of the disease of alcoholism, so you must be an alcoholic, and you need to go off to alcohol and drug rehab immediately. Unfortunately, you are now in a Catch-22, and may not easily be able to get out of it!

Rather than confronting and eliciting denial, professionals would be much more helpful if they used a motivational interviewing approach to change. In this approach, clients are encouraged to express their own views about their addictive behavior and respectfully helped to see that their behavior may be more in contradiction with their own values than they had realized. When the contradictions are brought into awareness, motivation to resolve them by changing addictive behavior is much more likely.