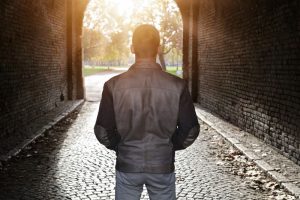 A clinical trial supported by the National Institute on Drug Abuse (NIDA) marks the first successful, placebo-controlled demonstration of a vaccine against illicit drug addiction. The anti-cocaine vaccine causes the immune system to produces antibodies that attach to cocaine molecules, preventing them from entering the brain. Thus, the vaccine blocks the drug’s effect.

The Premise of The Anti-cocaine Vaccine Study

The study followed 115 patients who received either the anti-cocaine vaccine or a placebo. Participants in both groups received 5 vaccinations over 12 weeks and were followed for an additional 12 weeks. All participants participated in drug treatment which consisted of weekly relapse prevention sessions with a trained substance abuse counselor. They also had their blood tested for antibodies to cocaine, and their urine was tested for cocaine and opioids three times a week.

The 21 vaccinated subjects who attained high levels of anti-cocaine antibodies had significantly more cocaine-free urine samples than subjects with low antibody levels and those who received placebo. However, only 38 percent of vaccinated subjects attained antibody levels that were high enough to significantly reduce cocaine use, and the effects of the vaccine lasted for only two months.

The Results of The Study

“In this study, immunization did not achieve complete abstinence from cocaine use,” said principal investigator Thomas Kosten, M.D., of Baylor College of Medicine in Houston. “Previous research has shown, however, that a reduction in use is associated with a significant improvement in cocaine abusers’ social functioning and thus is therapeutically meaningful.”

What this study does not address is how many individuals would take this vaccine if a one-time or long-term version ever became available. If an individual has never used cocaine, would there be any reason to make the effort to get vaccinated? Further, decreasing one’s options in life would probably not be appealing to many individuals. The non-user might think, “Someday I might want to try coke, maybe just once. It would be a shame to prevent myself from
trying it.”

What Types of People Would Get Vaccinated?

If an individual has tried cocaine, but not developed problems with it, would there be any reason to make the effort to get vaccinated? The casual user might think “I enjoy cocaine occasionally. Why would I want to prevent myself from enjoying it?”

The individual who has used cocaine excessively may be the least likely person to get vaccinated. Antabuse, a medication that makes one very sick if alcohol has been consumed, has not been widely used. If everyone who has alcohol problems would start taking Antabuse (most individuals can tolerate the drug), we would dramatically reduce the number of drinking problems. However, Antabuse has been available for over 50 years, and it is not widely used. Individuals who are offered Antabuse often state they are “not ready” for “something like that” just yet. Would a cocaine vaccine be any more popular?

The addiction medications that work best (methadone, suboxone) work because they are a substitute for the drugs they are designed to “treat.” Vaccines, Antabuse, and any medication that would block a drug experience are going to be viewed much differently. Why does the federal government keep spending so much money on a drug treatment strategy that has such little promise of success?