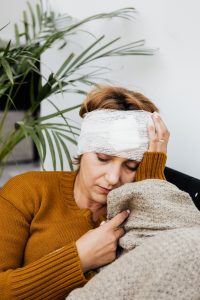 Binge drinking, or excessive alcohol consumption, is a major cause of accidents and trauma. Previous research shows that among individuals with head trauma specifically, alcohol has been a major cause of morbidity and mortality. One previous study found that the consumption of five or more drinks on one occasion increases the risk of sustaining an injury by an odds ratio of 3.4. A team of researchers from Finland interviewed trauma patients to investigate any relationships between different patterns of alcohol consumption to different types of trauma (Savola, Niemela & Hillbom, 2005). The results suggest that alcohol rehab for alcohol dependent individuals and alcohol treatment for binge drinkers may decrease the risk of head trauma.

Studying Alcohol Use and Head Trauma

The study was conducted at Oulu University hospital, and participants included 385 consecutive trauma admissions between June 1998 and July 2000 between the ages of 16 and 49 who showed signs of physical trauma. Participants included 278 men and 107 women. Participants were given clinical examinations as well as structured interviews on amount and pattern of alcohol use. Blood alcohol concentration (BAC) was also measured.

Results showed that 51 percent of patients admitted to the hospital for trauma had alcohol in their blood at the time of admission. The researchers found that binge drinking (defined as 6 or more standard drinks for men and 4 or more standard drinks for women) was the most common pattern of alcohol intake, with 78 percent of participants having binge drinking as their pattern. Notably, binge drinking and dependent alcohol consumption were significantly more common among participants with head trauma, compared to other types of patients, with an odds ratio of 2.38. Further, as BAC increased, the odds ratio of sustaining a head injury also increased.

Alcohol Use is a Risk Factor for Head Trauma

The researchers concluded that among trauma patients, alcohol consumption is a significant risk factor for head trauma. Common causes for head injuries included falls, assaults, and motorcycle accidents. As blood alcohol concentration increases, the relative risk of head injury also increases. The authors suggest that policies aimed at reducing trauma-related morbidity and mortality should consider alcohol control measures. This study also suggests that binge drinking is a much more common cause of injury than alcohol dependent drinking. In this sample of trauma patients, only 8 percent were alcohol dependent drinkers, compared to 61 percent being frequent binge drinkers.

“In conclusion, this study shows that binge drinking is the characteristic pattern of drinking among trauma patients, and that the injuries of such patients typically result from assaults, falls and biking accidents,” the authors report. “Excessive alcohol consumption appears to specifically increase the risk for head trauma as a function of increasing BACs.”

You may also be interested in: Exploring Personality Disorders and Alcohol Use