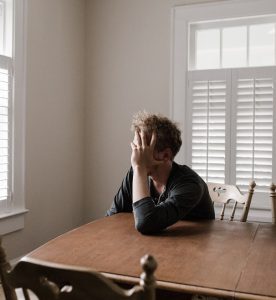 Social anxiety disorder (SAD) and alcohol use disorders (AUD) tend to co-occur at high rates. The National Epidemiologic Survey on Alcohol and Related Conditions (Grant et al., 2005) found that 48 percent of participants with a lifetime diagnosis of SAD also met criteria for a lifetime diagnosis of AUD. In instances of alcohol use and comorbid social anxiety disorder, the two disorders may lead to greater impairment than either condition alone. For example, research suggests that patients seeking alcohol treatment who have a lifetime diagnosis of SAD are more likely to have major depressive episodes, severe alcohol dependence, less peer social support, and lower occupational status when compared to AUD patients without SAD (Thevos, Thomas, & Randall, 1999; Thomas et al., 1999).

A recent case study suggests a possible combination of therapies for successful treatment of SAD and AUD. Researchers at Florida State University hypothesized that a combination of motivation enhancement therapy (MET) and cognitive-behavioral therapy (CBT) might decrease the symptoms of both SAD and AUD. After 19 sessions of MET-CBT, a 33-year-old male patient experienced significant decreases in social anxiety as well as alcohol-related problems (Buckner et al., 2008).

The patient initially sought treatment for social anxiety. He stated that his anxiety affected his job performance and social networking. He often avoided social events because of his anxiety; however, he was less likely to avoid a social situation if alcohol were available. The patient’s alcohol use disorder became apparent during the initial clinical interview. He repeatedly drove under the influence and missed work or showed up late because of alcohol abuse.

The therapist, a doctoral student in clinical psychology supervised by a licensed clinical psychologist, started treatment with four sessions of MET that focused on the patient’s problematic use of alcohol. Exposure-based therapy such as CBT often provokes anxiety, and many patients with SAD are likely to cope with the anxiety by drinking, the researchers reasoned. They speculated that CBT for SAD could potentially increase anxiety and result in problematic drinking if the AUD were not addressed first.

MET addressed problematic alcohol use by motivating the patient to consider the functional relationship between alcohol and anxiety, weigh the pros and cons of alcohol use, and establish new goals for alcohol use. By the fourth MET session, the patient stated that he understood the relationship between SAD and AUD and wanted to treat both disorders with the ultimate goal of decreasing his social anxiety. The patient’s new goal for alcohol use consisted of controlled drinking that was not intended to cope with social anxiety.

The CBT portion of treatment (sessions 5 through 19) targeted the patient’s social anxiety via an introduction to CBT, cognitive restructuring skills, exposure to feared situations, examination and modification of core beliefs, and relapse prevention. The patient kept a daily log of alcohol use, anxiety, and depression, and he found that anxiety and depression increased following alcohol use. During session 13, the patient suggested that he attend a party without using alcohol as a social anxiety exposure. He was able to use CBT skills to manage his anxiety and avoid alcohol use during the party.

After 19 sessions, the patient was considered to be in remission for both SAD and AUD. His BFNE score dropped to 32 from 60 at the time of intake. (The BFNE, Brief Fear of Negative Evaluation Scale, provides a measure of social anxiety, where 60 is the highest possible score.) The patient reported no alcohol-related problems in the last month of treatment. Six months later, a follow-up showed that the patient’s social anxiety and alcohol use disorders had continued to improve. His BFNE score was down to 26 at the time of the follow-up. He no longer avoided social situations and reported that his use of rational cognitive techniques had become “second nature.”

This case study suggests that, while further evaluation is needed, a combination of MET and CBT may be a favorable approach during alcohol treatment with comorbid SAD. The researchers recommend a brief MET intervention for alcohol use disorder prior to CBT for comorbid social anxiety disorder; they believe that such an approach reduces the likelihood that the patient will use alcohol to manage social anxiety during the course of therapy.