Opioid addiction is becoming more prevalent, due to the increasing popularity of opioids being prescribed by doctors for pain management. It is estimated that nearly 2.5 million Americans have an opioid use disorder.

According to the CDC, 44 people in the U.S. die each day from overdose of prescription painkillers. 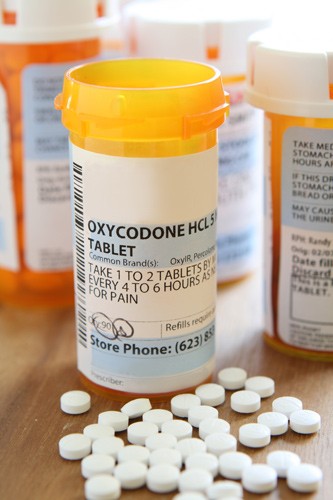 An opioid is a synthetic substance that provides pain relief. This classification of drugs includes prescription medications (morphine, codeine, Fentanyl, Hydrocodone, Oxycodone, Demerol, Dilaudid) as well as opium and heroin. Opioids are regularly prescribed for pain management, but they have a high risk for abuse and dependence.

Opioids have various different routes of administration. They often come in the form of pills, prescribed by a doctor. Fentanyl is available in a transdermal patch, placed directly on the skin. When opioids are abused, they are often snorted, smoked, or injected intravenously. These methods result in faster absorption of the substance into the body, thus increased the risk for developing an opioid dependence. For some people, an opioid addiction starts with prescription pills before transferring to heroin, which is often cheaper and easier to obtain.

In large amounts or in combination with other drugs (alcohol and sedatives), opioids can lead to respiratory depression and death. Opioids have a high risk for overdose; According to the CDC, 44 people in the U.S. die each day from overdose of prescription painkillers.

Although research about the long-term effects of opioid use has been somewhat limited, new data suggest that it can lead to hormonal disturbances, inflammation, and increased pain sensitivity. When used regularly over time, tolerance develops, meaning that the body requires higher doses of the substance to achieve the desired effect.

The consequences of long-term use also depend on the route of administration. When opioids are snorted, long-term effects include damage to the nasal passage. Smoking opiates can lead to damage to the lungs and other organs, as well as respiratory diseases. When injected, the long-term effects of opioids include collapsed veins, abscesses, and infection. Injection also poses the risk for transmitting HIV, Hepatitis, and other blood-borne diseases.

With sustained use, the body develops a dependence on opioids, resulting in withdrawal symptoms once the substance is no longer present in the body. Symptoms of opioid withdrawal include:

While opioid withdrawal is often very uncomfortable, it is typically not life-threatening. Many people seek medically-supervised detox from opioids in order to help alleviate the withdrawal symptoms.

The Science Behind Opioids

Once ingested, opioids bond with opioid receptors that are present in the brain. They trigger the brain’s reward system, resulting in a flood of dopamine and feelings of pleasure, as well as pain relief. The brain is wired to ensure that life-sustaining behaviors are repeated by associating them with pleasure/reward. Because opioids activate this system, the behavior of ingesting them is likely to be repeated.

Over time, the body builds up a tolerance to opioids, which means that it takes more of the substance to feel the same effects. This occurs because repeated exposure to opioids causes the receptors to become less responsive. Increased tolerance is one sign of opioid dependence.

Treatment for opioid addiction involves both detoxification (detox) and behavioral therapies (either in a residential rehab setting or on an outpatient basis), as well as the possible use of medication. Medications used in the treatment of opioid dependence include:

Methadone— Methadone is a synthetic opioid that started being used in the United States in the 1970s as something of a replacement for heroin. It can be used to alleviate detox symptoms or for recovery maintenance. It provides the opioid that the body has become dependent on, without the euphoric and otherwise intoxicating effects of heroin and other opioids. Methadone is used to help manage cravings and maintain abstinence from other forms of opioids which are associated with higher risks.

Buprenorphine—Also known as Suboxone or Subutex, Buprenorphine is a semisynthetic opioid. Its uses and effects are similar to Methadone, though it has the advantage of being a partial agonist, thus reducing the potential for life-threatening respiratory depression if abused. Buprenorphine is commonly administered in the form of a sublingual strip which dissolves under the tongue, but it can also be given in the form of a pill or transdermal patch.

Naltrexone—Naltrexone is an opioid antagonist, designed to block the pleasurable effects of opioids and therefore decrease the likelihood of opioid use. Naltrexone can be administered in the form of a pill, or as an extended release injection (known as Vivitrol).

Addicted to opioids? We can help. With detox services, inpatient rehab and intensive outpatient treatment, we have an option that is right for you. Call us today.