Fentanyl Overdose and the Opioid Epidemic

Fentanyl Overdose and the Opioid Epidemic 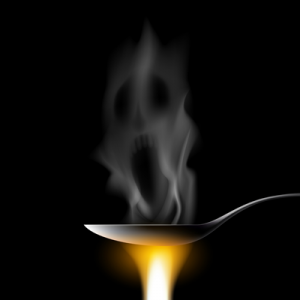 As if the opioid crisis wasn’t already bad enough, fentanyl’s infiltration of the epidemic is acting like an accelerant to an already uncontained wildfire.  Fentanyl surged to public awareness after being attributed to the demise of music legend Prince.  Beyond its notoriety for being the Prince Slayer, fentanyl is a powerful synthetic opioid whose analogues can be up to 10,000 times more potent than morphine.

First made in 1960, building off of the creation of demerol, fentanyl entered mainstream medical practice as an anesthetic.  The fentanyl patch, lollipop, and sublingual spray were introduced to palliative care in the 1990s, and by 2012 fentanyl was the most widely used synthetic opioid in medical practice.

The Surgeon General’s report on addiction in 2016 attributed the onset of the opioid epidemic to the oversubscription of painkillers in the early 1990s.  Once addicted, people often turn from prescription painkillers to heroin because heroin is much less expensive.  Over the past three years, the street manufacturers of heroin and counterfeit pills like roxicet learned to make their own fentanyl and began to infuse it into their products to increase potency and profits.  As street fentanyl made its way into heroin and counterfeit pills, the “modern plague” (as termed by the New York Times) of opioid problems further intensified.

Because fentanyl is so strong, life-saving interventions like narcan are less effective for fentanyl overdoses, or overdoses on heroin and pills cut with fentanyl.  If you or anyone you know is using heroin or other opioids, it is vital to have multiple narcan doses on hand in case of an emergency because one is often no longer enough.  In areas where the opioid crisis is at its worst, like Ohio, first responders tell stories about the first-hand damage they experience in their communities.  For example, Captain Michael Shearer of Akron, Ohio recalls the exact day (July 5th, 2016) that fentanyl appeared in his community because 17 people overdosed in a span of nine hours.

The common scapegoats for the continued increase in opioid overdoses are the manufacturers and dealers.  However, research has long shown that the bulk of responsibility for the problems related to opioids lies on the back of prohibition and its proponents.  In an illegal market, it is common sense that increasing potency decreases volume, making product easier to smuggle and sell. Most health-related problems and overdoses that stem from opioids could be avoided if the substances were decriminalized and harm reduction methods like needle exchanges were implemented.  The U.S. is attempting to alleviate the opioid crisis by pounding louder on the war drums to fan the fervor of the failed drug war, and effective harm reduction methods are relegated to underground networks of heroin camps on America’s forgotten streets. Simultaneously, however, Canada is officially increasing harm reduction measures like opening supervised injection sites.

Given that the U.S. and Canada share overlapping drug markets, the divergent approaches to handling the opioid epidemic offer an interesting social experiment akin to a twin study.  The U.S. approach of harsher punishment will play out in contrast with the Canadian harm reduction approach.  If science has any predictive value, the smart money is on Canada and harm reduction.  If the U.S. approach of doubling down on punitive punishment proves to be an accelerant to the opioid plague, then the proponents of blindly adhering to the unsubstantiated methodology of prohibition bear a large portion of the responsibility for the deaths accrued along the way.