Addicted in Film: Movies We Love About the Habits We Hate (A Review)

Addicted in Film: Movies We Love About the Habits We Hate, by Ted Perkins

A review by Tom Horvath, PhD 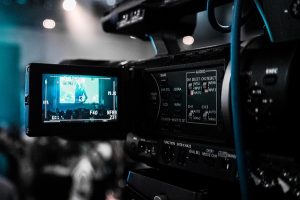 I have already provided advance praise for this book, and I am pleased to repeat it:

[Addicted in Film: Movies We Love About the Habits We Hate] is a must-have if you or anyone you know has been touched by addictive problems. It’s filled with enlightening stories about powerful films that could become a turning point for people.

Perkins** reviews over two dozen addiction-related films (culled from over 100 that he considered including). The reviews are thorough and cover the main components of each film. He selected films that might help someone change. He excluded films that glorify substance use, or that hysterically exaggerate the harms of substance use (the genuine harms are bad enough). Even if you are not highly interested in addiction, this book also provides a good introduction to the business of filmmaking, filmmaking as an art, and the art of crafting a meaningful story.

Perkins writes from two insider perspectives. As part of overcoming his own alcohol problems he watched, in some cases over and over, many of the films he reviews in this book. He also worked as a Hollywood distributor, producer, and screenwriter. He knows how these films could help, and he can critique a film from the perspective of how to make a good one.

He groups his reviews into three categories: the problems that can arise from substantial substance use (including with alcohol, meth, and opioids), what might happen in “rehab” (residential treatment), and the problems that can arise from non-substance addictions (including gambling, sex, and eating). He indicates that he may add other reviews in time, because some films did not fit easily into one of these categories.

Two of My Takeaways

Two reviews stood out to me (but all the reviews are worth reading). I confess that I have not seen The Lost Weekend, the review that, after his enlightening introduction, begins the book. I realize now what an important piece of history this film is, and how helpful it could be to someone addressing addictive problems. Perkins suggests that this film “opened the whole national conversation about alcohol use disorder.” He concludes his review: “[The Lost Weekend] can inspire anyone to stay the course in their recovery…I watch the film every couple of months and always find something to remember.”

Reefer Madness is the one exception to the book’s plan not to review films that hysterically exaggerate the harms of substance use. Perkins views the film as having “a clear goal in mind: scare the living shit out of everyone by showing how marijuana would lead to the end of the world as we know it.” However, “the film is clearly horrible…Reefer Madness became yet another reason TO get stoned…” Nevertheless, the film played a central role in the buildup to the War on Drugs. Using Reefer Madness as a springboard, Perkins presents an informative (and scary) history lesson, as well as suggestions about how we ought to view addictive problems, and what to do about them.

Perkins’s love of film and his love of a well-lived life come together to make this book a gift to anyone who could benefit from building or maintaining motivation to resolve addictive problems.

See also: 14 Addiction and Recovery Movies to Add to Your Queue

**Perkins and I have worked together in SMART Recovery for several years. He is a video content producer and marketing professional, and I am a volunteer. To see his work search for SMART Recovery on YouTube.