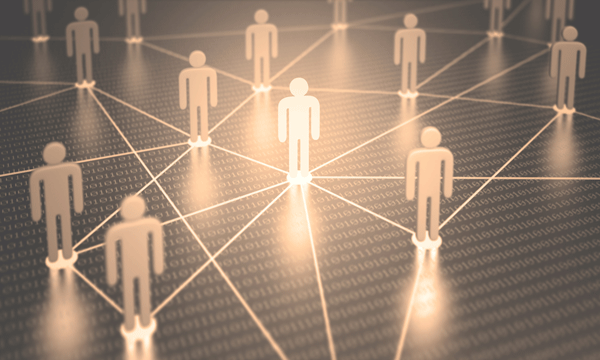 Living in a World of Plenty

We easily control ourselves when we don’t need to! When the environment limits how much we can eat, how much sex we can have, how many people we can get attention from, or what drugs are available, we don’t need much self-control. When these substances and activities are plentiful, self-control is needed. In the modern developed world substances and activities are indeed plentiful.

Consequently, some of the fundamental problems of life have changed. Until recently in human history making sure we had enough food was a primary concern. Now, we need to focus on limiting our food intake (and sexual stimulation, and opportunities to connect with others, such as by texting or social media, and our involvement with a wide range of substances and activities).

We are challenged not to get enough, but rather not to get too much. We are all challenged by this change of circumstances in human life. We evolved to live in a world not nearly as plentiful as the world we live in. The challenge is substantial. Most people in the US are overweight, and many have substance or activity problems as well.

United by the Need to Stop

The consequence of living in a world of plenty is that addictive behavior unites us. The need to “stop” also unites us, whether stopping at moderation, or abstaining. Food, sex and attention call for moderation plans. Other addictive behaviors can be dealt with by moderating or abstaining. We all need to “stop,” whether before the first drink or after the third, or whether before dessert or after only one dessert.

Why do we make a large distinction between moderating and abstaining, when both involve stopping? It’s accurate to state that stopping can be harder if we have “used” first. Craving is usually stronger under this circumstance.

However, craving is a variable experience. Craving is not all-powerful. Craving never forces someone to engage in an addictive behavior. It is striking that individuals who might state that they “cannot” control their eating will nevertheless complete a fast required before a medical test. Individuals with substantial substance problems will control their use under specific circumstances. Craving, while often uncomfortable, is not harmful in itself and does not force someone to do anything. Our own perspective on craving ultimately determines what we do next.

One well-known example of control despite craving is the case of Leroy Powell, cited for public intoxication in December, 1966 in Austin, Texas. He argued that his drinking was not under his control because he was an alcoholic. A psychiatrist testified in support of this argument. An excerpt of Mr. Powell’s testimony is quoted in the appeal court’s ruling (which did not over-rule the conviction for public intoxication):

‘Q. You took that one at eight o’clock because you wanted to drink?
‘A. Yes, sir.
‘Q. And you knew that if you drank it, you could keep on drinking and get drunk?
‘A. Well, I was supposed to be here on trial, and I didn’t take but that one drink.
‘Q. You knew you had to be here this afternoon, but this morning you took one drink and then you knew that you couldn’t afford to drink any more and come to court; is that right?
‘A. Yes, sir, that’s right.
‘Q. So you exercised your will power and kept from drinking anything today except that one drink?
‘A. Yes, sir, that’s right.
‘Q. Because you knew what you would do if you kept drinking that you would finally pass out or be picked up?
‘A. Yes, sir.
‘Q. And you didn’t want that to happen to you today?
‘A. No, sir.
‘Q. Not today?
‘A. No, sir.
‘Q. So you only had one drink today?
‘A. Yes, sir.’

If craving were all-powerful, no one would ever overcome any kind of problematic addictive behavior, but in reality, most people do. Even smoking, which is widely regarded as the “most difficult addiction” to stop, is eventually stopped by most smokers.