Alcohol and Sexual Performance: Too Much May Mean Not Enough

Macbeth, Act II, Scene 3: [Alcohol] provokes the desire, but it takes away the performance 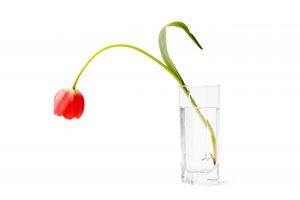 It was not until 1976 that scientific evidence supporting this line from Shakespeare was published. In a study of 16 male volunteers, ages 18-24 (mean age 20), the diameter of erections was approximately 10% larger than normal after about 1 drink, about 5% smaller after 2-3 drinks, and about 20% smaller after 4 drinks. With even higher doses of alcohol we can only guess the impact, but clearly the trend is not in the desired direction.

The phrase “whiskey dick” is less than Shakespearian but expresses a similar idea when it comes to alcohol and sexual performance. Search the web and you can find numerous articles about this term. A related finding is that long-term heavy alcohol use over time can lead to erectile dysfunction (which will be the proper term for your medical record). Of course, as with many physical functions, our expectations and the context in which the function is measured can have a significant effect on what happens. In particular, if a man is anxious about the sexual encounter his erection will be at risk.

What are the practical implications of the potentially negative impact of alcohol and sexual performance? Although a smaller dose of alcohol may be stimulating to you (and your partner), larger doses may be problematic. Your own history of alcohol and erection can guide you about how much is too much.

Furthermore, consider sexual relations in the larger context of the relationship, especially if early in that relationship. Even with no alcohol intake, anxiety can dramatically impair erection. If you do have a bad experience it will be easier to get past it by interpreting it as situational (too much alcohol, not a close enough connection with my partner) rather than blaming yourself for your inadequacies as a man.

Prevalence of sexual dysfunction in male subjects with alcohol dependence, 2007

Alcohol and Erectile Response: The Effects of High Dosage in the Context of Demands to Maximize Sexual Arousal, 2006