The Biggest Lies in Recovery, Pt. VI: Addiction as a Disease 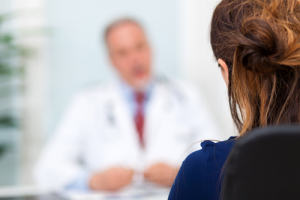 This week’s topic is the sixth and final installment in a series exploring lies that have permeated the recovery culture.  Thus far, lies about success, failure, everyone in recovery being the same, shaming, and labeling have been challenged.  While there are many more lies than six that have infiltrated the consciousness of recovery, I am forcing myself to stop here.  This final article may have saved the most controversial topic for last.  This article challenges the lie that we know “addiction” is a disease.

There is no consensus amongst professionals or conclusive research that puts an end to the lively debate over whether or not “addiction” is a disease.  What research does show, however, is that believing “addiction” is a disease combined with a lack of coping methods is the number one predictor of continued patterns of problematic substance use (see the work of William Miller).  The truth is that there are brilliant minds on both sides of the disease debate, and an ultimate resolution may never be reached.

What the uncertainty about disease means for the individual is that s/he is empowered with a personal decision.  If it is helpful to think of problematic substance use as a disease then it is wise to do so.  For some, a diagnosis of a lifelong disease that can never be cured is a depressing thought that hinders progress.  The disease model contributes to thinking like, “once an addict, always an addict.”  However, it is a very realistic and common outcome to be recovered, not addicted, and not going to any groups, meetings, or treatment (see the National Epidemiological Survey of Alcohol Related Conditions).

There is no research that shows a complete loss of access to the decision-making abilities of the prefrontal cortex in the brain once a certain severity of substance use is reached.  Hypofrontality is the term used to describe the most severe, “end-stage addictions” characterized by incredibly intense, involuntary cravings.  Many proponents of disease argue that the choice argument fails because craving is involuntary.  However, those same people acknowledge that people do have the ability to choose to not act on craving.  Deciding not to ingest a substance is much more difficult after years of repeated substance use, but there is absolutely no evidence that the ability to choose how to respond to a craving is ever completely lost.  Craving is involuntary, but not your response to it.

There is research, however, that shows “bona fide alcoholics” do not show any loss of control when drinking alcohol if they don’t believe they are drinking alcohol (see Marlatt’s balanced placebo design).  If problematic substance use was indisputably a disease, then an irreversible biochemical process should be set into motion upon ingestion of the substance and one’s belief should have no effect on that process.  When the blood sugar is low in people with diabetes they experience symptoms of hypoglycemia regardless of what they believe.

Certainty that “addiction” is a disease is quite possibly the biggest lie in recovery.  The truth about “addiction” being a disease is that we don’t know, so please, choose to believe something that benefits you!

Need help overcoming problematic addictive behavior? Call us today and see how we can help!