The Surgeon General’s Report and the US Prescription Drug Epidemic 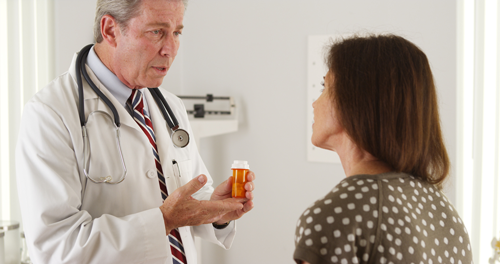 It is no secret that the United States has a serious problem when it comes to prescription drugs.  Heroin’s renaissance is puzzling to many, but the trail of evidence leads back to our own medical community.  This week’s article explores the current prescription drug epidemic in light of the recent Surgeon General’s report.

The Surgeon General’s Facing Addiction in America report includes startling statistics that paint a grave picture of the current epidemic in the United States.  Opioids alone account for nearly 300 million prescriptions every year and have accordingly taken the crown for most prescribed medications in the U.S.  The addictive properties of opiates are well known.  However, dress up heroin with a fresh and innocuous new name like fentanyl, oxycontin, or dilaudid, then have a trusted doctor tell people to take two every four to six hours and you have a recipe for a serious problem.

Perhaps the strangest facet of the current epidemic and the physician’s role in it is that physicians have no obligation to inform patients of the potential for addiction involved in taking some medications as prescribed.  Diligent patients intent on following their doctor’s orders are given no words of caution that taking their “medication” as prescribed will almost certainly result in increased tolerance and the experience of withdrawal symptoms upon cessation of use.

Requiring doctors to inform patients about the addictive properties of medications like opioids, tranquilizers, stimulants, and sedatives seems like a “no-brainer.”  18.9 million people reported misusing prescription drugs in 2015.  Even without a law in place, it seems that a reasonable interpretation of the Hippocratic oath would compel responsible, caring physicians to inform their patients of the risks inherent in taking an addictive drug multiple times a day for months at a time.  It’s easy to become addicted to medications when taken as prescribed and the current opiate epidemic is a disheartening testament to this unfortunate truth.