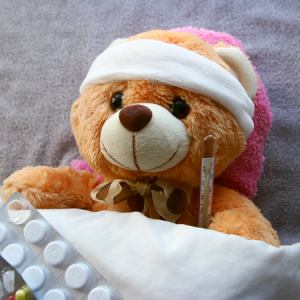 One of the more hypocritical aspects of today’s culture is the distinction between medicine and drugs.  Two weeks ago we explored the power harnessed in a single word.  The stark contrast between the words ‘drugs’ and ‘medicine’ underscores the vastly different connotations that can be elicited by synonyms.  Challenging the social stigma associated with addiction is one of the most important aspects of healing addiction.  In the spirit of challenging the social stigma around addiction, this week’s article highlights the arbitrary distinction between the words ‘drugs’ and ‘medicine’ as a prime example of the double standard and inherent hypocrisy in our culture’s views on substance use.

Rarely do two synonyms elicit such distinct emotional and psychological associations.  Consider the following two sentences and note your own reactions:

For most, the first sentence is reassuring and comforting while the second is worrisome, perhaps even embarrassing or shameful.  Yet, in essence, both sentences mean the same thing.  The primary difference between the words ‘drugs’ and ‘medicine,’ is that ‘medicine’ is associated with expert doctors and socially sanctioned, government-approved drugs.  We live in a society that on one hand lives by the mantra of ‘better living through chemistry,’ but on the other hand locks people up and destroys families if the chemistry through which the better living is achieved is not FDA approved.

In the case of Vioxx (an FDA approved anti-inflammatory medication) an FDA scientist testified to Congress that he was pressured by supervisors not to warn the public about the drug’s dangerous side effects.  Vioxx was later shown to be responsible for somewhere between 40,000 and 70,000 cases of fatal heart disease.  Merck & Co., the manufacturer of Vioxx, has paid out over $5 billion to settle Vioxx lawsuits, which sounds good, but is merely a drop in the bucket of the company’s $98 billion in assets as of 2015.  Merck plead guilty to one misdemeanor count of illegally introducing a drug into interstate commerce, an exceptionally light penalty for behavior that resulted in at least 40,000 deaths.

Meanwhile, there are still states in the U.S. (e.g. South Dakota) where personal possession of cannabis products (e.g. concentrates) results in felony convictions and significant prison sentences.  People that sell heroin to someone who subsequently overdoses can now be charged with murder.  Despite deceptive advertisement, despite making false statements regarding the cardiovascular safety of Vioxx in order to increase sales, and despite internal emails revealing that the company’s approach to doctors critical of Vioxx was to “seek them out and destroy them where they live,” Merck & Co. received a misdemeanor charge for pushing a drug that killed thousands of people. Unfortunately, the suppression and minimization of the side effects of prescribed drugs is not uncommon.

Perhaps the most recognizable attempt to minimize the side effects of socially sanctioned drugs is something we are all familiar with. We are all inundated with TV adverts hawking the latest pill. Most of us chuckle at TV drug ads and their not so subtle tactic of squeezing a litany of side effects in at the last second and reading them off so fast we can barely understand them.  The side effects mentioned in drug advertisements are contrasted with idyllic scenes of perfect lives.  But when we tune in to the rapid-fire spewing of drug side effects in drug ads we notice that the side effects can be quite bizarre, and it begins to make sense why the companies are hoping to slip them past us.  I’m not sure I’d want to take a blood thinner that turned my toes purple and made my hair fall out or an antidepressant that resulted in blue urine and sexual dysfunction.

How some of these drugs and their odd side effects end up approved for human consumption is an interesting question.  An inherent conflict of interest exists within the FDA.  The FDA is the branch of government responsible for both the approval of drugs and the subsequent monitoring of their safety, which means the organization is supposed to rat on itself when it approves unsafe drugs.  It seems like common sense that the branch that monitors drug safety be independent of the branch that approves drugs.  But then again, common sense is not too common.

Ensuring and monitoring that safe and effective drugs are released to the public is more important than ever.  Research from the Mayo Clinic shows that nearly 70% of Americans take at least one prescription medication.  Said another way, the majority of Americans are on drugs.  Much of the 30% who do not take a prescription drug likely utilize other substances like alcohol, caffeine, and/or nicotine.

The national coffee survey suggests that 83% of Americans drink coffee everyday.  There are not any studies that I’m aware of that offer insight into how many Americans use absolutely no drugs – and by drugs I include prescriptions and caffeine.  The data on how many Americans drink coffee and take prescription drugs clearly indicate that the overwhelming majority of Americans use at least one drug everyday.  Essentially, pretty much all of us are self-medicating.

Why then, is the term ‘self-medicating’ such a dirty turn of phrase?  It is a good thing to take medication as prescribed, it is okay to drink coffee everyday, but it’s shameful to ‘self-medicate’ with cannabis or a beer every night?  One wonders where this nonsense comes from.  The only logical explanation is a cultural groupthink.  One hundred years ago coffee was commonly referred to as “poison.”  Now, there’s a starbucks with a line around the building on every corner selling us tall, grande, and venti doses of our favorite poison for 5 bucks a hit.

The stigma that surrounds drug use offers revealing insight into our society and culture.  The inherent hypocrisy in judging you for smoking a joint every night when I drink coffee everyday is a classic example of the defense mechanism of projection.  On the larger scales of family and society this projection happens in almost every case of problematic substance use – one individual has the “problem,” and that individual must fix the problem on their own.  Families often sit in judgment of the “addict,” society sees addiction as an individual disease rather than a symptom of its own problems.  Before I tell you that you need to change your drinking habit, I’d be better served to look at my monthly starbucks bill and check my own medicine cabinet.

So if drugs are medicine, does that make our doctors our dealers?