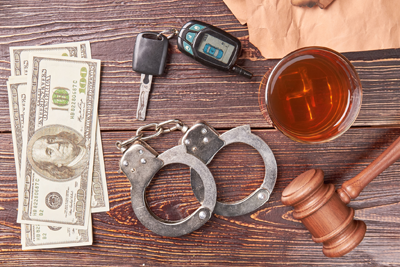 With each passing year the penalties for driving under the influence (DUI) of substances intensify.  Recently, Washington state passed legislation, termed ‘E-DUI,’ that penalizes offenders for any distracted driving – use of electronics, eating, grooming, even smoking a cigarette. The penalties for distracted driving pale in comparison to standard DUI penalties, despite evidence that suggests distracted driving is more dangerous than intoxicated driving. The clarity of our cognition decreases as emotional intensity increases, and driving under the influence is an emotionally charged topic. Therefore, our thinking on how we treat DUI offenders may be clouded by emotionality. Thus, amidst the increasing scope of DUI charges, the constantly increasing penalties imposed on DUI offenders deserve a closer look.

A closer look at the DUI culture in America reveals striking profits generated by DUI charges. In California alone in 2015, 214,828 people were charged with DUI. The average cost of a DUI in California totals $9,000, and is made up of costs like court fees, mandated treatment, lawyer fees, interlock device fees, and high-risk driver’s insurance. The average cost of $9,000 per person suggests that DUI charges in California alone generated a staggering $1,933,454,000 of revenue in 2015. The court fees in California by themselves, which average $1800, generated approximately $386,690,400 for the state in 2015. Clearly, there is a strong financial incentive to broaden the breadth and intensify the penalties of DUI charges.  More DUI$ mean more dollar$.

The fines initiated in Washington state for driving under the influence of seemingly benign behaviors like munching on your drive-thru snack are much more modest than the fines for driving under the influence of alcohol, and justifiably so. However, the fines for texting and driving are the same as the fines for grooming and eating, but texting while driving has been shown to be more dangerous than drunk driving. Whether you are eating a sandwich, applying your eyeliner, or sending out that urgent text or status update, Washington state will fine you $136 for your first distracted driving offense, and $236 for a second offense.

The average person texting while driving takes his eyes off the road for 23 seconds. Texting while driving was responsible for 25% of all traffic accidents all the way back in 2011. Seventy-four percent of drivers admit to using facebook while they drive. A study comparing impairment levels of people who were using cell phones to impairment levels of people driving intoxicated found that cell phone users, whether they were using hands-free or handheld devices, showed greater levels of impairment than those who were under the influence of alcohol.

While using your cell phone has been shown to be potentially more dangerous than driving under the influence of alcohol, the penalties pale in comparison. In California, a first offense for driving under the influence of alcohol is a criminal charge that lands on an individual’s permanent record, can (but rarely does) result in 6 months in jail, and can carry fines of up to $1,000 in addition to court fees, attorney fees, mandated treatment fees, and mandatory interlock device fees. Texting while driving in California is an infraction, not a criminal offense, and the first offense carries a base fine of $20 (although this usually ends up being closer to $200 after taxes and fees).

People who have a DUI on their record face a lifetime of difficulty obtaining employment and are permanently disqualified from many professions.  A DUI bars you from ever becoming a pilot, but, getting a DUI when you are a pilot results in going to treatment and then being allowed to return to the skies. Texting, a potentially more dangerous driving behavior than drinking, results in a base fine that is less expensive than an IMAX movie ticket, while driving under the influence of alcohol costs thousands of dollars, potentially results in jail time, and a conviction for drunk driving leaves a permanent scarlet letter in background checks.

Evidence continues to pile up indicating that treating substance use problems with a one-size-fits-all approach is not effective and can sometimes intensify problems. Yet, when it comes to DUI charges, there is little consideration of the unique circumstances of each case. Not everybody that is charged with DUI needs or will benefit from treatment. People are sometimes made to install interlock breathalyzer devices even when their BAC was 0.00 and alcohol was not a factor in their DUI charge.

The “treatment” that is mandated for DUI offenders often involves sitting in a poorly lit room watching video tapes on the dangers of drinking and driving that were produced in the 80’s.  The information contained in videos over 30 years old cannot reflect advancements in the treatment or understanding of substance use.  The Surgeon General’s Report on addiction in 2016 called for individualized protocols over one-size-fits-all programs, it only makes sense that the same suggestion apply to people whose substance use leads them to an intersection with the legal system.