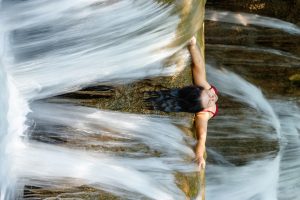 Addiction is characterized by a narrowing of behavior patterns.  As a particular behavior begins to dominate others, problems are likely to arise.  Expanding and diversifying behavior patterns is vital to overcoming addictive problems.  Identifying and participating in activities that capture and sustain our engaged interest is essential to well-being, and improved well-being is an excellent outcome in addictive problems and life in general.

A lesser known SMART Recovery tool is called VACI, or Vital Absorbing Creative Interests.  When we engage in VACI, neural networks can be activated that promote a state of consciousness some researchers call flow.  Although the human brain remains a highly unexplored scientific frontier, it is not a stretch to wonder if the neural activation of flow consciousness offsets the conditioned neuronal firing associated with the shame, cravings, and self-criticism prevalent amongst those who struggle with addictive problems.

Individuals who engage in VACI and induce flow consciousness often describe the experiences as essential to changing addictive behavior patterns.  Many people describe getting ‘in the zone’ and lost in absorbing activities as a highly effective method to cope with urges, which suggests that absorbing activities may generate a cooling cascade down the hot craving networks in the brain.

Flow is characterized by a feeling of effortlessly and intensely focused attention, suspension of self-reflection, and a strong sense of control, all driven by a deep source of intrinsic motivation.  Addictive problems are often characterized by the opposite of flow – difficulties focusing attention, self-critical self-reflection, feeling out of control, and feeling like most choices are made based on extrinsic motivations.  Whether we get lost in a garden, a book, editing a home video, playing a piano, sketching in a notebook, jogging on a wooded trail, carving furniture, cooking a favorite meal, etc., finding our flow is key to overcoming undesired patterns of behavior and improving our own well-being.