Is “Vitamin No” the Best Self-Care Supplement? 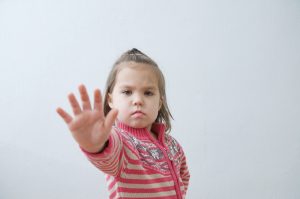 Self-care is frequently pushed as a key to wellbeing.  In the realm of addictive problems, family members are encouraged to put ‘self-care’ first as a way of curbing over-involvement in the lives of someone with addictive problems.  People with addictive problems are encouraged to find healthier ways to practice self-care.  Therapists are trained to implement self-care to manage the stresses and pressures of clinical practice.  Few argue against the merits of taking care of oneself, but simple and effective techniques for how to practice self-care often leave much to be desired.  This article will explore what is perhaps the most effective and simple tactic of practicing self-care – a healthy dose of ‘Vitamin-N,’ aka, saying no.


The simplicity of saying no is often much easier said than done.  Many books have been written on the challenges of saying no, like the classic When I Say No I Feel Guilty.  Society teaches us that saying yes is essential to success.  I hear many people advocate for the tactic of saying yes to everything, especially early on in a career when people feel tremendous pressure to ‘get their name out there,’ to ‘network,’ and to ‘build a reputation.’  Saying yes to everything is a perfect recipe for over-extension, resentment, and error.

Family members who tend to put the needs of others before their own are often unjustly pathologized with labels like ‘co-dependent’ when they struggle to say no.  Choosing the guilt that comes from saying no is often a better self-care decision than choosing the anxiety that comes from saying yes and over-extending ourselves.  People who struggle with addictive problems have obvious difficulty saying no. While we know beyond a shadow of a doubt that avoiding or overcoming addictive problems involves much more than just saying no, saying no can be a powerful technique to build self-efficacy, self-control, and self-empowerment.