MAT for Meth: Overlooking Meth in the Opioid Epidemic 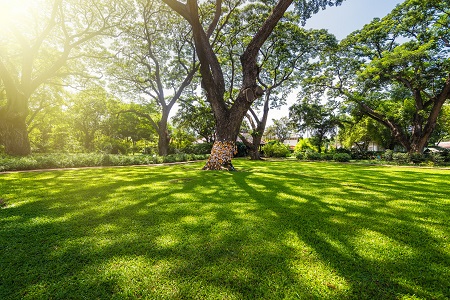 Bright lights cast deep shadows.  Currently, our society’s efforts to treat addiction shine the brightest light on opiates.  An average of 130 people die every day in the United States from an opioid overdose, so it is not like opiates don’t deserve focused attention.  However, as opioid epidemic stories dominate headlines, methamphetamines are falling into the shadows cast by the spotlight aimed at opiates.  Meth results in more arrests than any other substance and concurrent use of opioids and meth doubled from 2011 to 2017.  For many seeking chemical relief, opioids and stimulants are a perfect match – the opioids deliver smooth, calming relief while stimulants provide just the right amount of ‘up’ to stay focused, active, and awake.  Thus, it is now impossible and perhaps even negligent to speak of an opioid crisis without also speaking of the methamphetamine use that accompanies it.

Currently, drug developers are working on something called ibudilast that will reduce inflammation and thus supposedly ease a person’s transition away from meth.  Another pharmacologic approach to treating meth-related problems under development involves injecting anti-methamphetamine antibodies to work like a vaccine against meth’s mechanisms of action in the brain.  Neither ibudilast or the meth vaccine are approved yet, and thus, those seeking treatment for meth use are left with 12-Step groups and behavioral therapies like CBT and contingency management.  Those looking to resolve meth-related problems who don’t find 12-step groups or behavior therapies helpful are essentially left out to dry.

Medication-assisted therapy (MAT) for opioid problems is slowly gaining traction in the United States, but MAT for meth is not enjoying the same progress.  A review of the efficacy of medication-assisted treatment for methamphetamines found that results from studies to date do not support the use of stimulants to treat amphetamine problems.  However, the review looked at a number of studies using the following variety of stimulants as replacements: modafinil (provigil), bupropion (wellbutrin), dexamphetamine (dexedrine), and methylphenidate (ritalin).  Of the replacement medications used, only dexamphetamine is an actual amphetamine, and the study with dexamphetamine obtained significant, positive results.

It seems obvious that the closer the replacement drug is to the drug of choice, the better people will respond to treatment.  Benzos might take the edge off an opiate withdrawal, but they won’t work as well as morphine.  Before we rule out medication-assisted treatment for methamphetamine we need to actually study it thoroughly with amphetamines as replacements, not pseudo-replacement stimulants like wellbutrin and provigil.

It is more than a tad bizarre that there is hardly a hesitation about prescribing amphetamines to a 10-year-old who struggles to sit at a desk for eight hours a day, but there is a righteously indignant resistance against prescribing amphetamines to someone who is trying to break a cycle of purchasing product from the Mexican drug cartels.  The cultural doublethink about amphetamines is a direct reflection of our society’s ongoing oppression of people who buy their drugs in the Walgreens parking lot rather than inside the Walgreens.  In the plainest terms possible, it is time for us to shed the brainwashing of our culture and study medication-assisted therapy for both meth and opiates honestly, which means giving heroin and meth to people who want heroin and meth.  Giving people what they want is not insanity.  Thinking it will work to give people a mediocre substitute for what they want is [insert preferred passive-aggressive insult here].

Heroin-assisted treatment (HAT) is not a pipe dream.  HAT is already fully part of the national healthcare systems of Germany, Switzerland, the Netherlands, and Canada, with additional trials underway in the UK, Norway, and Belgium.  HAT was firmly established in UK medical practice in 1926, so much so that it became known as ‘the British System.’  After the UK stopped HAT in 1967 amidst peaking puritanical drug paranoia (The War on Drugs) they saw an exponential rise in heroin use.

In 1994, amidst swelling drug problems stemming directly from failed drug war policies, Switzerland had the brilliant idea to implement an updated version of the British HAT System, and they opened their first HAT clinics.  The results of HAT in Switzerland since 1994 are clear, HAT is an overwhelming success – substantially improved health of participants, major disengagement from criminal activity, marked improvements in social functioning, lower rates of new heroin use, heroin not diverted to illicit markets, major reductions in deaths due to drugs, and increased engagement in other forms of treatment.  Put bluntly, medication-assisted treatment with suboxone is okay, medication-assisted treatment with heroin is excellent.

Substituting meth with wellbutrin is like replacing heroin with trazadone, or cocaine with coffee, or trying to get airwalks for a teenager who wants vans, or putting a slice of lime and lemon in soda water and calling it 7up.  Sure, at least the kid with airwalks has shoes but he’s still going to walk around embarrassed at school all day, and at least lemon-lime soda water is something to drink, but without the sugar it’s not 7up.  Most people who want a 7up would scoff at soda water and say, “give me the real deal.”  Trazadone will make you sleepy like heroin, but hardly anybody who wants heroin is going to be satisfied with trazadone.  Hardly anyone who wants meth is going to be the slightest bit satisfied with wellbutrin, or coffee, or any mild-mannered stimulant that hardly compares to the desired effects of amphetamines.

We like to forget that methamphetamine is a legally prescribed drug in the United States – pure, 100% meth, not Adderall, meth.  Sold under the brand name desoxyn, meth is still prescribed and would make for a wonderful replacement medication for people trying to stop supporting drug cartels.  The data on HAT do not lie.  Giving heroin to people who want heroin works.  Based on the HAT data and the data on dexedrine replacement for meth addiction, we have a responsibility to thoroughly and honestly invest in the study of desoxyn replacement therapy for meth addiction.

Medication assisted treatment for opioid problems is finally advancing, but similar treatments for meth are unjustifiably lagging behind.  Meth can lead to serious problems just like opioids and it is crucial that we not overlook the implementation of viable and effective medication assisted options for meth with the same fervor as opioids.  Providing people with the drugs they want may seem ludicrous to some. To me, the resistance to treating meth problems with desoxyn and heroin problems with diamorphine calls to mind the wise words from Homer, “Once a thing is done and past even fools are wise at last.”