What We Already Knew 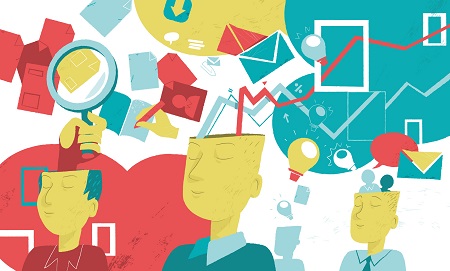 2) Many of the individuals in unassisted recovery do not consider themselves “in recovery.” Instead they make statements like, “I used to drink too much but now I don’t.”

3) Many recoveries, assisted and unassisted, are based on moderated use rather than abstinence. Success is established by the lack of problems, rather than by no longer consuming the substance.

4) The methods of problem resolution are much more diverse than simply going to 12-step meetings (although this “pathway” to recovery is a common one).

6) Most substance problems (current or past) are not severe enough that the individual would be considered an “addict” or “alcoholic” (by someone who uses these outdated terms). Rather, “many people who misuse substances actually do not meet diagnostic criteria for an AOD [alcohol or other drug] disorder (e.g., based on the diagnostic and statistical manual of mental disorders; [DSM]) but can still suffer from significant problems” ((Kelly, Bergman, Hoeppner, Vilsaint, & White, 2017, p. 162).

The authors elaborate on this last point, with respect to alcohol:

More than 66 million Americans report past-month hazardous/harmful alcohol consumption (i.e., consuming 5+ standard drinks within two hours), increasing risk of motor vehicle crashes, other accidents, social problems, violence, and alcohol-poisonings. While only a minority of these individuals meet the diagnostic threshold for alcohol use disorder, this type of harmful alcohol consumption accounts for three-quarters of the yearly economic burden attributable to alcohol. (p. 162).

To state this point another way, as a society we would substantially benefit by improving the problems of this group of hazardous drinkers, even though most of them, without a diagnosis, would not properly belong within the US insurance-based treatment system (which, when all the rules are followed, only covers treatment for diagnosable disorders).

The National Recovery Study was a major step forward in improving the precision of our knowledge about some of the points listed above.

How the National Recovery Study Was Conducted

The results of the study were obtained in several stages. The first stage was the National Recovery Survey, which identified a nationally representative sample of 39,809 potential subjects. 25,229 of these individuals responded to a request for information about themselves. This response rate is over 63%, and similar to the response rates of other national epidemiological surveys. Of these 25,229 who responded, 2,002 self-identified as having resolved an alcohol or other drug problem (“Did you used to have a problem with alcohol or drugs but no longer do?”). These 2,002 individuals became the subjects of the National Recovery Study, which provided “national probability-based prevalence estimates of the proportions of US adults successfully resolving a broad array of AOD [alcohol and other drug] problems…[and] the proportion of these individuals that self-identify as being ‘in recovery’”(Kelly, Bergman, Hoeppner, Vilsaint, & White, 2017, p. 163).

The main findings from this sample of 2,002 US subjects are:

4) Of this 22.35 million, 46% reported using no outside assistance for change. Among the 54% who got assistance, mutual help groups (which are free) were the most common form of assistance.

5) Several variables were correlated with seeking outside assistance:

Use of one or more “assisted” pathways (i.e., formal treatment, medication, mutual-help, recovery support services) was higher among respondents: in mid-life (50–64 years of age; compared to adults aged 65 +); with indicators of greater substance use severity (i.e., lower age of onset; poly-substance use); who received a mental health diagnosis; and with a criminal history, particularly those who had participated in drug courts (p. 165).

The primary limitation of this study is that it is based on each subject’s personal definition of substance problems and their resolution (“Did you used to have a problem with alcohol or drugs but no longer do?”). However, until further data becomes available, this study is a major advance in our knowledge.

What Do the Results Suggest?

Perhaps the most important overall recommendation arising out of these results is that the “findings suggest a need for a broadening of the menu of self-change and community-based options that can facilitate and support long-term AOD problem resolution“ (p. 162). Although this recommendation now has the evidence of the National Recovery Study to support it, the recommendation is consistent with ideas presented since at least the 1960’s. To identify some prominent examples by decade: Davies, 1962; Vogler & Caddy, 1973; Marlatt & Gordon, 1985; Institute of Medicine, National Academy of Sciences, 1990; Fletcher, 2001; and the U.S. Department of Health and Human Services (HHS), Office of the Surgeon General, 2016. Furthermore, in addition to these authors, the professional careers of William Miller, Stanton Peele, William White and many others can be viewed as efforts to expand our conception of substance problems and our ways of dealing with them.

How quickly will this recommendation be implemented? Unfortunately, progress in changing the largely single-minded focus of the US public and the US addiction treatment industry on “addicts” and “alcoholics” continues to be slow. With luck the National Recovery Study will be a significant advance in this effort. John Kelly and his team are to be congratulated for establishing this new foundation for discussing the changes we need to make.

Another step forward might be to stop emphasizing the term recovery. As I have elsewhere advocated, we could speak of resolving problematic addictive behavior. We might then say that an individual had problematic addictive behavior, which could have been with a substance or an activity (behavior, process) such as gambling, and which was resolved by abstaining or moderating, or which is not yet resolved, or which has been partially resolved. Participants in the National Recovery Study, who stated that they “used to have a problem with alcohol or drugs but no longer do,” would probably not object to this language or feel excluded by it. If “problematic addictive behavior” became an accepted phrase, it might, for efficiency, become PAB.

We do not need to banish the term recovery altogether. As the owner of Practical Recovery and a long-time volunteer for SMART Recovery, I’m not eager to change these names! We a higher order concept (a “big tent”) that can include those who perceive themselves as having a disease (or not), those who perceive themselves as in recovery (or not), and those who abstain (or moderate, or reduce harm). “Problematic addictive behavior” is such a higher order concept.

Unfortunately, the US addiction treatment industry contains many individuals apparently deeply committed to a single-minded focus on addiction as a (brain) disease, with attendance in 12-step groups as the only method for long-term recovery. This perspective is helpful to some, but as the National Recovery Study suggests, it leaves out many individuals whom we still want to pay attention to.

When will the addiction treatment industry expand its services and concepts to fit the needs of the US population? Amidst the current efforts to address the opiate overdose crisis there will be proposals for genuine reform (that still allow elements of the current system to have a role; e.g., Horvath, 2018), along with efforts that would maintain the problematic limits of the current system. The National Recovery Study provides guidance about how to distinguish these two approaches.

The National Recovery Study was conducted by staff at the Recovery Research Institute (RRI), along with Bill White, long-time champion of the need to focus on recovery more than addiction. John Kelly, Ph.D., lead author, founded the RRI (whose Advisory Board I serve on) in 2012. RRI is affiliated with Massachusetts General Hospital and Harvard Medical School. The goals of the RRI are to “enhance recovery through science, conducting & disseminating the most up-to-date research findings for individuals, families, healthcare professionals & policymakers alike.”

The RRI website is a definitive information source and merits being more well-known. The site includes the following sections: Addictionary, Addiction 101, Recovery 101, a set of 50 infographics and short videos (including one I present on SMART Recovery), a section devoted to News & Opinions, and a regularly updated and searchable collection of plain language summaries of hundreds of important recovery-related studies (including one about this National Recovery Study). This website is an outstanding resource for consumers as well as professionals. If you are a US consumer looking for scientifically valid information about addiction and recovery, there is no better place to begin your search than the RRI website. For UK residents, consider Drug and Alcohol Findings: http://findings.org.uk/

Fletcher, A. (2002). Sober for good: New solutions for drinking problems—advice from those who have succeeded. Boston: Houghton Mifflin

Institute of Medicine, National Academy of Sciences. (1990). Broadening the base of treatment for alcohol problems. Washington, DC: Author.