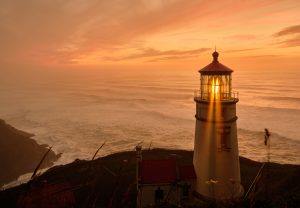 The glare cast from the hot spotlight on the Presidential Election drowned out what is arguably the single best day for drug policy reform in U.S. history.  Oregon became the first state to both decriminalize drugs and legalize psilocybin treatment. Four additional U.S. states legalized recreational cannabis.  All drug policy reform propositions up for vote in 2020 passed.  Even in South Dakota, where many believed recreational cannabis would not be legalized, voters chose to put an end to charging people with pot felonies that strip voting rights and rob employment opportunities.  Hope for meaningful drug policy reform is abundant and calls for federal reform are gaining steam.

The legalization of psilocybin treatment in Oregon will take about two years to roll out if things go as planned.  Providers will go through a training and certification process as the legislation and infrastructure are implemented between now and 2023.  Although it seemed like a true pipe dream only five or 10 years ago, it now appears quite likely that psychedelic assisted treatment will (thanks to the courage of Oregonians) be legally available in the United States before the next Presidential election.

Amongst all the advancements in drug policy reform this election cycle, Oregon’s move to decriminalize drugs will likely be seen by many as the most radical.  However, as the panic fervor swells and all the classic fear tropes of soured drug propaganda are recycled in response to Oregon’s bold decriminalization move, recalling the blueprint set by drug policy pioneers, Portugal, may serve as a helpful soporific tonic.

Portugal decriminalized drugs in 2000.  In the two decades since Portugal abandoned U.S. drug policy models the country did not disintegrate into a spiraling pit of despaired addiction.  Study results into Portugal’s drug decriminalization have been mixed, showing some encouraging outcomes and some that call for further refinement of how to successfully craft and implement drug policy reform.  Bold change is rarely (if ever) executed perfectly.  However, the individuals who encountered Portugal’s kinder and more supportive system in the past 20 years, who were not locked in a cage and branded with a scarlet letter on pre-employment background checks, were at least treated fairly by their own government.

Smart money would say that how Oregon decriminalizes drugs will be a path that will probably mirror Portugal’s in many ways.  Some will herald it as a beacon of hope (guilty), some will sound the dread alarm of society’s ruin, and by 2040 we’ll see some positive outcomes and some ways to continue to improve.  For now though, no more Oregonians will have their rights and freedom stolen because they have a gram of psychoactive powder in their pocket, nor will citizens of Arizona, Montana, New Jersey, and South Dakota be robbed of rights and freedoms because they possess an herbaceous flowering plant native to eastern Asia.