Why Do People Use Drugs? The Relationship Between Emotions and Addiction, pt. 2: Anger

Why Do People Use Drugs?

The Relationship Between Emotions and Addiction, pt. 2: Anger 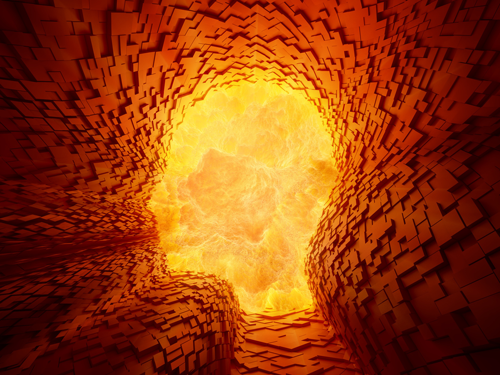 For the first in-depth look at each core emotion we begin with anger.  Few would object that anger is one answer to the question, ‘why do people use drugs?’  Anger tends to conjure potent associations like violence, hatred, and destruction, but anger is not all bad.  Sometimes substance use helps suppress and manage anger, other times substance use helps facilitate the release of anger.  Anger and substance use certainly have a storied history (stereotypes of ‘angry drunks’ are abundant).  This article investigates the nature of anger and its relationship to substance use.

Missed last week’s article? Learn more about the relationship between substance use and emotions here.

The nature of anger is often couched in morality.  Judgments of blame and attributions of intent make up anger’s natural roots in appraisals of deliberate, negligent, or avoidable wrongdoing.  Because of its roots in appraisal and judgment, anger is generally seen to be uniquely human and thus usually directed towards a recognizably human individual or institution.  Due to anger’s roots in perceived wrongdoing, and the subjective nature of wrongdoing, there is a significant cultural element to anger.

Research reveals significant consensus within and variation across societies on what warrants a response of anger.  For example, homicide laws in the United States allow for lesser charges (e.g. manslaughter instead of murder) when the defense is able to demonstrate adequate provocation that caused the defendant to be angry (a crime of passion vs. cold blood).  However, no such consideration of anger as a mitigating factor exists in the United Kingdom where any homicide deemed voluntary mandates a murder verdict.

Despite a general perception of anger as a ‘negative emotion,’ it is important to clarify the value of anger and understand how to channel it in constructive ways.  Suppression of anger and chronic anger outbursts are both significant risk factors for cardiovascular disease.  For our mental and physical well-being it is critical that we identify and consistently implement healthy outlets for anger.  To not get angry is impossible and attempts to do so are destructive.

Substances are often used as an adaptive effort to manage and control anger, and they can work well in the short-term.  However, if underlying anger and the hurt frequently associated with it are not addressed, eventually they (like all repressed emotions) will find release in ways that are usually destructive to self and relationships.  As the Buddhists say, “holding on to anger is like drinking poison and expecting the other person to die.”

Not only does anger need healthy release, healthy release of anger is frequently the catalyst for profound personal and/or societal change.  Few would argue that Ghandi, Martin Luther King Jr., or even Jesus were not angry about the social injustices of their times.  Greatness usually involves channeling anger creatively in constructive ways.

When channeled towards positive change anger may very well be the most constructive core emotion.  When channeled towards punishment and revenge anger might be the most destructive core emotion.  Indeed, on the individual level, I’ve seen far too many people motivated by self-directed anger punishing themselves with substances.  On the collective level, we continue to see anger contribute to unjust, punitive punishments for substance use.  Rather than directing anger towards punishment, both the individual and the collective would likely benefit greatly from a creative reconsideration of how to channel anger towards positive change.

If you or someone you love is having difficulty managing emotions and/or substance use, call us. we can help!