Does the recovery community inadvertently contribute to the stigma of addiction?

Although the recovery community opposes stigmatizing individuals with addiction, the widespread use of the labels “addict” and “alcoholic,” and the view that addiction is a disease, actually contribute to the stigma of addiction. Alternative language, suggested here, could work against stigma rather than contribute to it. 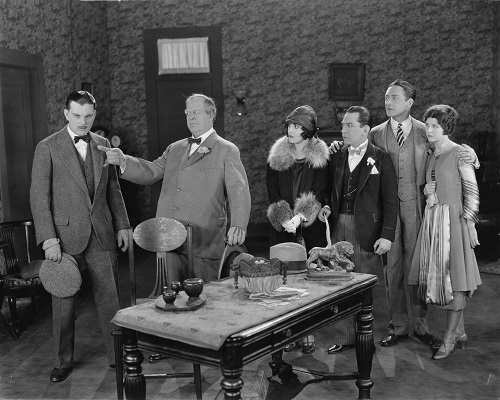 What is stigma? The Oxford English Dictionary defines stigma as 1) “a mark made upon the skin by burning with a hot iron (rarely, by cutting or pricking) as a token of infamy or subjection,” 2) “a mark of disgrace or infamy; a sign of severe censure or condemnation, regarded as impressed on a person or thing; a ‘brand,’” (this meaning is introduced as ‘figurative’) and 3) “marks resembling the wounds on the crucified body of Christ.” Additional specialized meanings are listed for pathology, zoology and anatomy, botany and geometry, all related to the fundamental meaning of stigma as a distinguishing mark.

Once a mark or stigma is placed it becomes the foundation for a universal phenomenon in human life, the identification of “in groups” and “out groups.” We can explore this concept in terms of race. In a white-dominant culture persons of color stand out. On Hawaii, white individuals stand out and are termed “haole.” The colors are different, but the process is the same.

In Groups, Out Groups and the Stigma of Addiction

All of us participate in groups. We want those not eligible to be in our groups to keep out. We favor our own in groups, and in various ways demean out groups. The power of the in group should not be underestimated.  If an in group has sufficient power and the inclination, the demeaning of out groups can include activities as extreme as abusing and killing them.

Those in the out group may try to avoid being stigmatized by employing different strategies to blend in or eliminate the divide between themselves and the in group. One way around stigma is known as “passing.” On the mainland US a light-skinned African-American might be able to present as white if her or his history is unknown. To pass as white is to avoid the stigma that can occur against African Americans. A search for “passing as white” yields nearly 300 million search results, suggesting that the concept is meaningful to many.

In our evolutionary history distinguishing in and out groups probably had substantial survival value. There may even be a biological basis for these groups (1). This aspect of hunter-gatherer behavior has continued into the modern era, now probably giving rise to more problems than it solves. One population with a very prominent culture of in groups and out groups is adolescents. Adolescence can be painful because despite our best efforts, we may often have ended up out rather than in. Although the environment has changed substantially since the hunter-gatherer era, human behavior about groups has not paralleled that change.

Undoing the Stigma of Addiction

How could we undo stigma as it relates to addiction? We could attempt to persuade everyone that the mark of addiction (addict, alcoholic, disease) should not create an out group. Unfortunately, the recovery field has been attempting to eliminate this out group for decades, with little success.

An alternative approach is making nearly everyone part of the out group. We could suggest that addictive behavior is a universal aspect of human life.

I have suggested elsewhere that addictive behavior occurs with everyone in at least three areas. All of us presumably act on craving for food (hunger), craving for sexual experience (which we can term sexual arousal; there are also numerous slang terms) and craving for connection with others. All three of these behaviors are both enjoyable, and essential for survival. Addictive behavior is pleasurable survival behavior. Because it is pleasurable, with experience we come to desire (or crave) it.

It seems safe to assume that at times almost everyone “overdoes it” with these three behaviors, leading to the existence of problematic addictive behavior. We can also develop, with experience, craving for other pleasurable experiences, either substances like alcohol, meth, heroin, etc., or activities like gambling or video games.

What brings us together is that anyone with problematic addictive behavior has needed to focus on “stopping,” whether that stopping occurs before the first use (abstinence), after non-harmful use (moderation), or before even more harmful use (harm reduction). Rather than using addiction as a concept that divides us, we could use stopping problematic addictive behavior as a behavior that unites us.

With most of the US being overweight, re-conceptualizing addiction as problematic addictive behavior could lead to establishing an “in group” that is also the majority. In my many conversations about weight loss with overweight individuals, I hear the language about impaired control over hunger as fundamentally the same as the language used by individuals with other substance problems.

Drug prohibition and our drug law enforcement system, and all the problems therefrom, are founded upon stigma. If we could reduce stigma, we might repeal these laws, increase support for recovery, and move in the direction of many European countries. We could substantially reduce problematic addictive behavior in the US, bringing it in line with European levels.

What if the Stigma of Addiction Helps Some in Recovery?

What if the individual relies on these stigmatizing terms as part of their recovery process? Perhaps the use of these labels and concepts should be a private matter, and not promoted in public discourse about recovery. What if the individual takes on stigma in the sense of its 3rd definition, where the marks originally used to indicate the shame of crucifixion become marks of honor? Perhaps this perspective should also not be promoted in public discourse.

The leadership for this change of language and concepts would need to come from the recovery community itself. The community at large would need to accept responsibility for its own problematic addictive behavior, rather than projecting that responsibility onto “addicts.” Admittedly, neither change would be rapid or easy. However, our current efforts to overcome stigma appear to have made no significant progress. A new approach is needed.