Social Constructionism and the Roots of Addiction

Addiction is a Social Construct 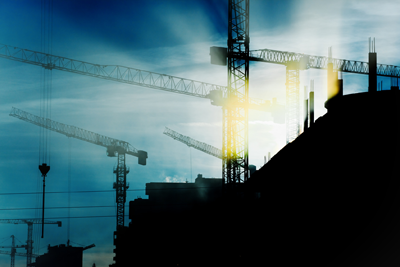 The perpetually changing understanding of addiction provides clear evidence of its social construction. With rare exception, the infectious agents that cause a disease don’t change, the pathological biological processes of a disease don’t change, and the biologically degenerative conditions of a disease don’t change. If left untreated, diseases generally worsen. Addiction has no infectious agent, no biologically degenerative condition, there is no agreed upon definition, the diagnostic criteria constantly change, and perhaps most strikingly, when left untreated most people recover from addiction. However, when addiction is treated with leading methods – criminal records, jail time, and shame-based rehab – it often gets worse. The time for overhaul in our approach to addiction is a century overdue.

You might also be interested in: The Biggest Lies in Recovery, pt. IV: Addiction is a Disease

Not long ago, coffee was a seedy drug of society’s underbelly. Now, elite socialites sip daily truckloads of what was referred to as “poison” by physicians at the turn of the 20th century. Trendy yupster paradises filled with finely manicured beards and skinny jeans serve $5, $6, even $10 doses of the “the good stuff” to those who can afford it. Other, less fortunate folks gulp down “schwag” cups of folgers from their mr. coffee machines – those poor unfortunate souls!

Smoking cigarettes was just short of a social “must” in the 1940’s and 1950’s. Once cigarettes were known to cause cancer, the surgeon general was clear to distinguish smoking as a habit and absolutely not an addiction to spare the good, hard-working smokers the shame of the addict. But, by the 1980’s, cigarettes fell into the insidious category of addiction and it didn’t take long for a laundry list of policies to be passed that taxed and ostracized those afflicted with the latest socially constructed addiction. Now, if you dare smoke, you better be a safe distance away from me and any public door. Smokers, you better get ready to pay $10/pack if you’re not already, because us in the moral majority are going to continue to raise taxes on your heinous vice with every round of voting.  But don’t get too angry, we’re doing it for your health and your own good.

Addiction is a Social Construct? How so?

The socially constructed nature of addiction arbitrarily relegates our fellow citizens to the margins of society. It only took a few decades for smokers to go from classy and refined to disgusting and fined. Before society bought into the lie of the drug war, heroin and morphine tinctures were available in our neighborhood drug stores and the majority of “addicts” were responsible, working, productive members of society. Without a concerted pause, it is difficult to truly understand and appreciate the implications of the reality that only a century ago drugs were legal and there were no “epidemic” drug problems. The social myth of the powerless, diseased addict is itself an opiate for the moral majority.

Born out of fear, the drug war capitalized on the anxieties of a rapidly changing world in the early 20th century. Simple answers to complex problems etherize irrational fears of humanity, and the drug war is no different. The swelling racial tensions in the early 1900’s were much more convenient to explain away as the result of cocaine and opium rather than complex social problems in need of attention. Minorities weren’t angry at rampant social injustices, they were simply in drug-fueled crazes. Eliminate the powders and tars, eliminate the social discontent…  Well, clearly that worked out well.

Over a century on, we see plainly that prohibition of substances did nothing to curb substance use or social discontent, and that criminalizing altered states of consciousness resulted in the United States becoming the undisputed champion of imprisoning our own people.  Oh yeah, also thanks to prohibition, a multi-billion dollar/year industry was handed over to the black market and thus the mafia and cartel were born.  As noted in an excellent article by Kenneth Anderson, diseases are based on scientific findings, addictions are based on what is deemed to be deviant behavior by those in power. Homosexuality was deemed to be deviant, and a disease, until a majority vote by the American Psychiatric Association in 1973 declared it a non-disease.

It is long passed due for those in power to recognize that substance use is far from deviant.  The vast majority of people alter their consciousness every single day through the use of various substances. Most people ingest caffeine (or poison as it was called a century ago) daily, and over 75% of Americans take at least one prescribed drug. In reality, altering consciousness through substance use is the norm and the narrow consciousness of total abstinence is the deviant behavior. But watch out, if enough people start to think of abstinence as deviant then it won’t be long before we’re locking people up and punishing them for being sober.  On the plus side, if we locked people up for abstinence we’d have a lot more room in our prisons!

See also: The Biggest Lies in Recovery, pt. IV: Addiction is a Disease