Is Walmart to Blame For The Opioid Epidemic? 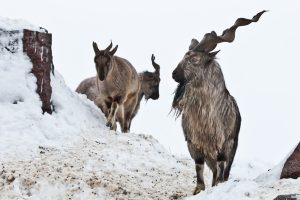 Villains certainly make prime scapegoats.  Because villains make great targets they are also susceptible to false allegations and wrongful convictions.  Despite its dominance in the retail sector, global mega-merchant Wal-Mart manages to retain a special sort of derision from many.  Recently, Wal-Mart’s been under fire for ignoring red flags as opioid sales boomed in the past decade.  Given Wal-Mart’s ubiquity, it would follow that one of the largest dispensers of prescription medicine ignoring red flags while opioid sales soared deserves a lion’s share of blame for the opioid epidemic, right?  Wrong.

What Role Does Walmart have in The Opioid Epidemic?

Ignoring red flags while quarterly profit numbers tickle the fancies of board members and shareholders is far from anomaly, it is the zeitgeist of the modern business model we all participate in.  Modern business thrives in a spirit of ‘don’t ask, don’t tell, it could mean a loss for us.’  Wal-Mart would not have risen to its global dominance without playing by the unwritten rules of the game.  If Wal-Mart was not the retail chapel of communities worldwide, some other corporate conglomerate would be, and they’d be doing the same thing because that’s how the game of best bottom-line is won.  If we’re looking for someone to blame for the opioid epidemic it is not Wal-Mart, it’s us.

Let us not forget that many of our grandparents and great grandparents lived in an age when the cough medicine of choice for children was opiates.  When opiates were legal, inexpensive, and available in every mom-and-pop drug store there was no opioid epidemic.  Now, most of the mom-and-pop drug stores are out of business and the cough medicine we used to give our children is either filtered through the healthcare system, sold by mega-merchants like Wal-Mart, and expensive, or something we lock humans in cages for ingesting.

The History of Drug Prohibition

We are the ones who participate in the charade of drug prohibition.  We can’t even keep drugs out of prison, how are we going to keep them out of a free society?  The idea of a drug free society is not only delusion, it would be terrible.  Drugs are medicine and medicine is probably worth keeping around.  If we trusted people to manage their own ingestion of psychoactive compounds, most would.  Indeed, we already know that most people experiment with drugs and most do not become addicted.  For those who struggled to manage their ingestion of psychoactive compounds, effective treatment rather than punitive punishment would reduce harmful use.  Instead, we call ourselves the land of the free while continuing to wage war on the personal freedom to manage our own ingestion of psychoactive compounds.

Where Do We Go From Here?