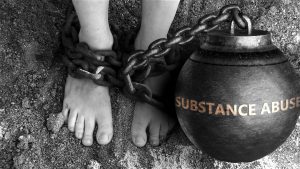 Abuse conjures amongst the most abhorrent of associations.  People who are abused often turn to substances because they provide reliable and effective short-term relief from intrusive and disruptive trauma symptoms like nightmares, flashbacks, and panic attacks.  From that perspective, referring to people who were abused as ‘substances abusers’ doesn’t make much sense.  Thus, some leaders in the field of addiction medicine and treatment are calling on national drug institutions like NIDA and NIAAA to remove the ‘substance abuse’ label from the addiction lexicon.  We shall see if the call for change is answered.

Addiction language doublethink is familiar territory for us at Practical Recovery.  Examples of hypocrisy abound when the common vernacular of addiction treatment and the treatment of all other medical and mental health conditions are compared.  Person-first language is a favorite topic to champion amongst mental health advocates, but when it comes to addiction…  crickets.  For now, it is proper to say “a person with depression,” and “he’s an addict.”  Just a little doublethink, that’s okay, those people, those addicts, they’re different.

Fingers crossed I don’t cancel myself with this admission, but I too am guilty.  The term ‘substance abuse’ is so pervasive I’ve used it in past articles because that, I was told, was the essential keyword for search engine optimization.  Excuses excuses, indeed.  Compromising beliefs for clicks, not the best look (cringe).  I can argue that there’s something to be said about avoiding excessive efforts towards trying to make everyone feel safe all the time through strict adherence to the latest PC, virtue-signaling fads. There’s also something to be said about paying attention to how we treat each other and aiming to lift each other up through values like mutual respect, dignity, and consideration.

Everywhere we look the language of addiction lacks in values like mutual respect, dignity, and consideration.  Why is someone with metabolites of a psychoactive compound in their bodily fluids “dirty?”  Call me crazy, but I would argue that recent bathing episodes are a better gauge of cleanliness than the presence of psychoactive compound metabolites in the bloodstream.

Jokes aside, the likely explanation as to why people who ingest psychoactive compounds are labeled ‘dirty’ is because the term ‘clean’ also implies being morally uncontaminated.   The reasons and motivations for why the practice of exploring consciousness via ingestion of psychoactive compounds was ever deemed immoral in the first place is a topic worth a far greater depth of exploration than we are afforded here, but one need only investigate the origins of religious practices and their subsequent development over millennia to find some potential answers.

At first the question as to why the ‘substance abuse’ label  exists and persists seemed perplexing.  But upon further reflection, it all makes perfect sense.  Calling people who ingest psychoactive compounds dirty, criminal, defective, sick, powerless, and diseased is the norm, the standard, the status-quo, so calling abuse victims abusers rests comfortably at home in a world of shaming rhetoric.  The age-old notion of flagellating the morality into someone hasn’t changed much, we just may favor the lashings of the tongue a bit more than we used to.